We were alarmed, although not really surprised, to learn of the fire at the former Club Rio Rancho clubhouse.

With the building sitting unused, except for trespassers committing crimes, something was bound to happen to it, unfortunately. We’re relieved no one was hurt and no nearby property was damaged.

Still, the destruction of the icon was a hard blow to many Rio Ranchoans for whom the clubhouse represents years of camaraderie and good memories. The fire wasn’t what anyone wanted, and it’s a shame it happened.

Developer Josh Skarsgard told us he still intends to revitalize the country club property. He also provided us with a copy of a letter he sent to City Manager David Campbell, offering to donate the golf-course portion of the land to the city.

We’re glad Skarsgard is still expressing interest in restoring the property, and we wish him success with that business venture. We don’t think the city should take the land, however.

We haven’t polled Rio Rancho Governing Body members, but Mayor Gregg Hull and City Councilor Jim Owen separately called the Observer and expressed opinions very similar to the one we’d already formed. They both said accepting the land donation would be very bad for the city.

The Rio Rancho Governing Body has lowered the rates for the recycled water — i.e., cleaned wastewater — for golf-course irrigation, as Skarsgard has requested. We think that’s a good idea.

But it would be a bad idea for the city to be further financially involved with the property, especially to the point of owning it.

The cost to remediate the land to a natural state not involving tons of tumbleweeds would run well into eight figures, according Mayor Gregg Hull. Turning it back into a golf course would cost even more, and then the city would have to operate the course, an activity for which it isn’t equipped.

Those activities are not and should not be city priorities.

We have emergency responders to equip and pay, roads to improve and many other important tasks to be done and people to pay to do them. There’s never enough money as it is.

The city shouldn’t enter into a risky business proposition, like a country club that has already failed multiple times, with taxpayers’ money. Plus, the last thing we need is a new tax to support a non-essential function that could end up being a money pit.

We feel for the homeowners who paid extra for their houses, expecting to always have a golf course outside their backyards. Still, those private-sector problems need to be worked out in the private sector.

We hope Skarsgard will find redevelopment partners who will help turn the bedraggled property into a business success for them and a benefit to the community. We hope the community, including homeowners along the golf course, will be supportive and open to reasonable new ideas for it.

And we hope the city keeps our tax money out of it.

Our view: Reaching out county-wide 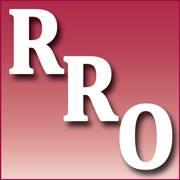 Taking a day off to be political