Home » Columns » Gary’s Glimpses: When plastic bags are outlawed, only outlaws will have plastic bags

It’s been more than a half-century since I was a “bagger” at a grocery store, making $1.35 an hour and working harder than I ever would elsewhere. 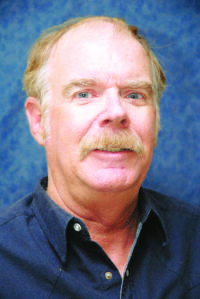 Back then, at what I recall was a Packer food store at the Macomb Mall in Roseville, Mich., a typical Saturday began with me “shagging” all the shopping carts from around the mall’s perimeter; mopping the entire floor, first using a soapy liquid and then clear and water; shoveling ice from the ice-making machine into large tubs and dumping the ice onto the areas where the produce would be displayed, keeping it cold for much of the day and making it more presentable to shoppers. Then I worked the rest of my eight-hour shift bagging customers’ purchases and, if needed, loading them into their vehicles.

Occasionally, I’d be lucky enough to get a dime or quarter as a tip.

On my way back into the store, I’d grab another six to eight carts and return them into the store ­— this was all done by hand. We didn’t have those motorized things used today, when all they have to do is steer.

Never was “paper or plastic?” a question then. We didn’t have any plastic bags back in the mid-1960s.

There was an alternative, though: the cardboard boxes cut open for the cake mixes, cans of vegetables, etc., lining the shelves. Once in a while, a customer would request a cardboard box for items.

Before I obtained this well-paying (LOL) job as a bagger, I had to go to the company headquarters to watch a slideshow on how to properly pack items. Square stuff went at the bottom, or heavier cans first, and never put the bread or other baked items into the bottom, followed by cans.

(I know that’s how they’ll do it sometimes, and I hear about it from my girlfriend when it happens.)

To bring this tale into the 21st century, I’ve been hearing a lot lately about the plastic-bag ban in Albuquerque — and, so far, I’ve been happy that I haven’t heard this only happened because of the “liberals.”

Albuquerque’s City Council passed its “clean and green” ordinance in April. The Bernalillo County Commission followed with a separate rule banning polystyrene foam takeout containers, as well as plastic bags, at a variety of vendors in unincorporated areas of the county, including restaurants.

Both bans apply only to bags provided at the point of sale and exclude bags used to pick up bulk foods, fruits and vegetables, and other products prior to the check-out line.

Here’s something I found interesting: Nationwide, more than 240 cities, counties and states have banned plastic bags, citing the environmental impact of the bags on sewer systems and landfills.

A lot of folks have been squawking about this, like it’s the biggest or most important topic to rant about. The Duke City set a record for homicides in 2019, when 82 people were killed, so that topic and how to deal with it should come before the ranting about a plastic-bag ban.

Deal with it, people.

I’m pretty sure my life won’t undergo substantial change if I have to actually carry out a few items, or haul them out in a composite bag. I have more of those than I know what to do with, anyway.

And, until our household runs out of the accumulation we have of outlawed plastic bags, they’re still great to use when I scoop the cats’ litter box.

It’ll be nice to be able to go out for a walk and not see plastic bags hanging from tree limbs and furling in the breeze. 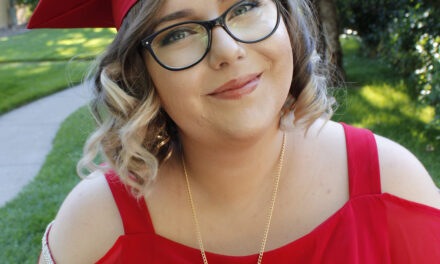 Fire weather
April 22, 2021, 11:25 am
Come as close as possible to the heart of your community.
Subscribe Today!
error: Content is protected !!