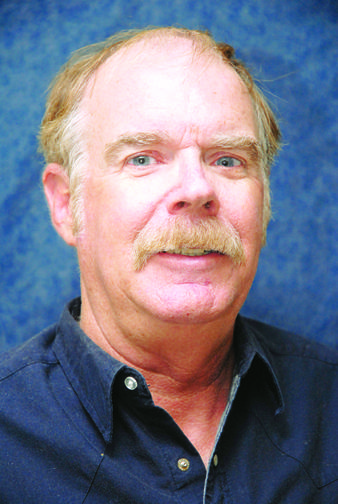 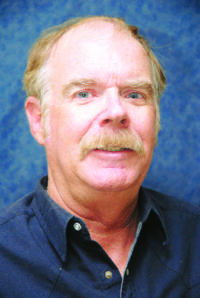 Been there, done that.

Only that expression, hopefully, won’t be used again after this year.

By “been there, done that,” I am referring to high school graduation and the commencement ceremonies I usually end up photographing at Santa Ana Star Center — Cleveland or Rio Rancho or maybe both.

Let me say this to the Class of 2020: As the sports editor here, I’ll cherish some of those great memories from the 2019-20 school year, which I gleaned from the court, gridiron and diamond.

Fall: The Rams and Storm turned in some great campaigns, highlighted by something many of us had hoped for for a long time — the two schools meeting to determine the state football championship.

It had never happened before, although we’d come close in volleyball, boys basketball, baseball and softball, but it always seemed one of the teams would get eliminated in a quarterfinal or semifinal match-up.

Let’s face it, both schools have had some great quarterbacks, but the Rams’ Isaiah Chavez, the Gatorade Football Player of the Year, may have been the best. (Apologies to CHS’s Jeff Davison — he’s only a junior, and another Storm great.) Chavez, I remember suggesting to RRPS Athletic Director Larry Chavez after we exited Nusenda Community Stadium following the Rams’ 51-43 loss to Volcano Vista on Oct. 26, would be a great candidate for the Gatorade award.

Imagine my happiness when this “warrior ” — that’s how I’ll remember him — was picked as the recipient.

I haven’t told this story to many people, but in the 2018-19 basketball season, during a home game when the Rams hand out T-shirts — usually to friends or family members — Chavez came over to the end of the gym where I’d been taking photos for the Observer and handed me a T-shirt. Totally unexpected by me, because no student-athlete had done that before in my 18 previous seasons of covering the local teams. (And once is enough; thanks, again, Isaiah.)

Of course, the previous year’s Gatorade winner, Dorian Lewis, had another remarkable season, and he led the Storm to the championship.

And on the pitch, once again Cleveland’s Gabe Legendre “handled” the soccer ball like a magician, although the Storm and Rams, who’d won their 5A quarterfinal games, each came up short in the semifinals.

Winter: Of course, it was great to see Chavez and Lewis compete for their teams on the basketball court, too, and a real pleasure to know both are extending their football careers in college.

Speaking of hoops, the season was memorable in that I’d never been kicked out of a game before, until the Storm’s semifinal in The Pit vs. Capital High. But it was again a great season for the Storm — no other team has been in the final four six years in a row, and I’m looking for Cleveland to extend that next season.

Next to Chavez in the definition of warrior is the Storm’s Aidan Moreno, basically an unsung hero and one of only a few seniors, along with Lewis. Watch out, 5A — the Storm are loaded for next season with some talented juniors: Tre Watson, Nathan Hasberry and Trey Ortega, to name a few.

On the girls’ side, although neither the Rams nor Storm finished the season the way they’d hoped, both are loaded with juniors, lending hope for a better season in 2010-21.

On the mats, it might be touted as a disappointing season, as neither city school won the blue trophy, which I’d become so accustomed to. But senior state champs Tim Lopez, of RRHS, and Tristan Mascarenas, of CHS, came through as expected: Lopez won his second title, Mascarenas won his third and his family’s 10th.

Spring: Maybe my biggest disappointment of the year in the first quarter, because the Rams and Storm only played a few baseball games before COVID-19 beat them both — and the golf teams, tennis teams, softball teams and track & field teams.

I had gone out on the proverbial limb, figuring this could be the Year of the Ram. And the team didn’t disappoint, winning five of its eight games behind some really talented seniors: Ethan Silcox, Jacob Braunschweiger, Noah Brewer, Alec Stanfield and Clayton Kempski.

On the other side of Northern, the Storm started out with five wins in their first six games – and, sadly, we didn’t get to see any more of a quartet of talented Storm seniors Roy Jennings, Ethan Collins, Jeffery Brumfield and Damien Roddy.

Because of the short spring, I only saw one Rams softball game and none of the Storm’s games. Suffice it to say, the Rams had some great seniors — and a few will be playing in college: Kendra Levesque, Brianna Gallegos and Jessie Garcia. And I didn’t get out to any track & field meets, tennis matches or golf tournaments.

Yesterday would have been Championship Saturday for baseball, softball and track & field. It’s marked on my desk calendar. And it’s usually one of my favorite days of the year, walking from Isotopes Park to Lobo Field to the UNM track complex, and back to Isotopes Park. Instead, I stayed home all day.

I regret that I didn’t have time to get out to more events, but I regret even more that the coronavirus shortened our seniors’ final time to shine in the City of Vision — and maybe bring home another blue trophy!

Hopefully, in a best-case scenario, my disappointment will be short-lived — if the prep football, soccer, cross country and volleyball seasons get underway and things return to (a new) normal. And I sincerely hope our Class of 2020 student-athletes’ disappointments will be alleviated someday, too.

Good luck in your future, kids.