Gary’s Glimpses: On the road again

Staff writer Gary Herron says he’ll never leave the U.S. again, so this is how he got to see Stonehenge in Carhenge, Neb. Gary Herron photo.

After years of fabulous vacations — broken up in 2020 by the pandemic and one day trip — 2021 may be remembered by me as the “Year of the Vacation.”
With four weeks’ paid vacation, we started planning for a few multi-day trips, all out of the state.
Although it’s often thought and written about people literally scratching their heads, I began to think that’s what some people do when I tell them what my plans were for my recent September vacation, into Colorado, cutting across Wyoming and into Nebraska before returning to our home Sept. 11. It was about 1,600 miles.
Here’s the “Reader’s Digest” version; feel free to scratch your own head:
• Sept. 5: Coors Field to see the Rockies vs. the Atlanta Braves. We bought a ticket for former Observer (2004-07) editor Betta Ferrendelli, who lives in the Denver area.
• Sept. 6: We check out Union Pacific locomotive 4014 (a 4-8-8-4 for those of you locomotively inclined), soon to end another historic western trip, and then visit the Forney Museum of Transportation, a few blocks away. What a fabulous museum, with a “Cars of the ‘40s” exhibit, military vehicles, Indian motorcycles and bicycles, even the old “high-wheelers.”
Then, we head north to Greeley, avoiding I-25, and planning the best way to photograph 4014 as it heads there the next day. We eat at Olive Garden and get a look at the home to the University of Northern Colorado.
• Sept. 7: After walking around downtown — and very clean — Greeley, we head to the depot to catch 4014’s arrival, along with a few hundred other “trainiacs.”
• Sept. 8: Up early and off to Cheyenne, one of my favorite western cities. We get there in time to see 4014 rolling in, past the historic U.P. depot, where we spend time. 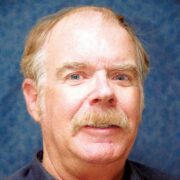 • Sept. 9: Up early again and off to Fort Laramie, where a ranger named Eric Valencia demonstrates weapons from the 1800s … and it turns out he’s from Pecos, N.M. It took longer than we planned, and we get to Scotts Bluff National Monument too late to get in, and then ditto for Chimney Rock. But we get to Alliance, Neb., at a decent time.
• Sept. 10: Time to explore Alliance: We visit Carhenge, the cool Knight Museum and the Sandhills Military Museum, get lunch and go back to the motel. Hey, it’s in the mid-90s and we’re in Nebraska.
• Sept. 11: We head home, a day earlier than planned, but the temperature’s supposed to approach 100… and did I mention we’re in Nebraska? There sure is a lot of corn.
• Sept. 12: After sleeping in our own bed, I get my walk in and some chores done and spend about a dozen hours watching TV — mostly the NFL, the Rockies’ and Yankees-Mets baseball games.
• Sept. 13: I’m back at my desk, reading emails and catching up.
On deck are a few nights in historic Bisbee, Ariz., which will include some time spent in Tombstone — “The town too tough to die.” 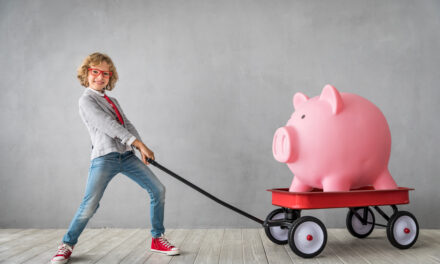 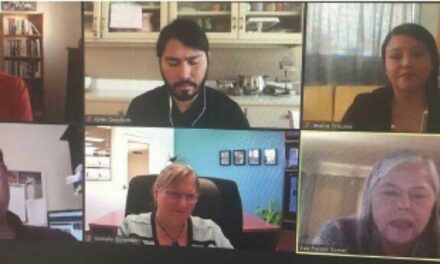