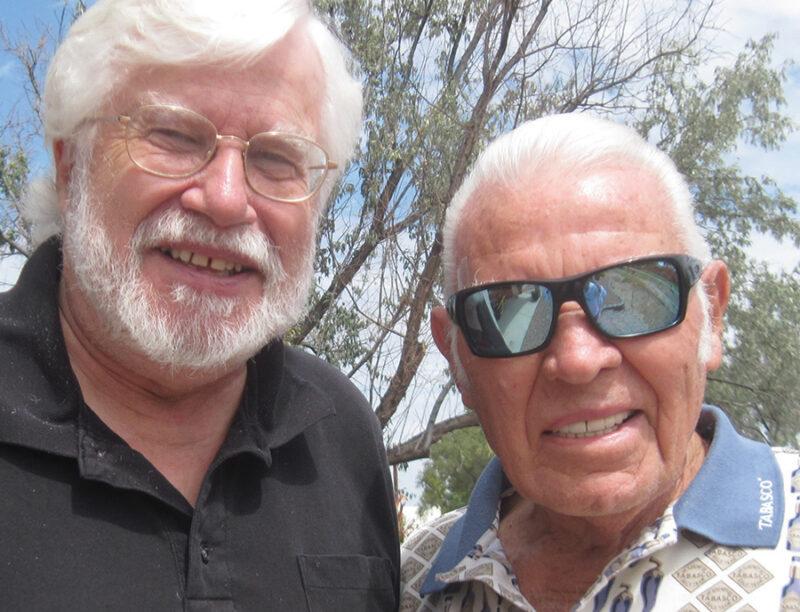 As much as I enjoy reading, I spend a lot of time reading biographies and autobiographies, namely because I enjoy history and what made people “tick,” so to speak.

On a recent weekend, I finished “Casey Luna: A Colorful Life in Business, Politics and Motor Sports Championships” (available at amazon.com) by a friend of mine, noted New Mexico author Richard Melzer.

“For more than 20 years, Richard Melzer has been our saving grace when it comes to historical features and facts,” said Valencia County News-Bulletin Editor Clara Garcia. “Our readers enjoy and look forward to his long story running every other month. … He is very thorough, which is what we need in historians and we are very lucky to have him in Valencia County.”

I’m not sure any author can be as thorough as Melzer: His less-than-300 pages book has 1,229 footnotes.

But I’ve got to give Melzer credit: My name appears several times in the footnotes, and even the Observer garnered one or two — but well behind “Ibid,” whoever that is…

I did know Casey: I’d met him during my stints at the VCNB, and Melzer used a 1983 story, “Casey at the Wheel,” during his research.

What I didn’t realize about Luna, who turns 90 on May 26, is that he was born in Sandoval County. I didn’t meet him until he had an auto dealership in Belen — “Dirt is cheaper in the country,” and so were his cars — after relocating it from Mountainair.

What Melzer didn’t realize about Luna was that he could talk the ear off a statue.

Retired for a year after 37 years as a teacher and history professor at the University of New Mexico’s Valencia County campus in Tome — and a regular contributor to the News-Bulletin — Melzer envisioned writing an article on Luna, a one-time lieutenant governor (1990-94).

That initial meeting with Luna, he recalled, “went for three or four hours that first day. … A couple hours later, he called me back and said he had other things to talk about.”

By the time the two were done chatting, in quite a few interviews, Melzer estimates it encompassed 100 hours.
Melzer soon found out, “Casey has friends and relatives all over the country; when he was diagnosed with cancer, he spent months just visiting people and taking calls.

“Casey told me a heck of a lot of things; either he was kidding me or it was so gross, I couldn’t put it in there,” Melzer said. “He’s a great prankster.”

Among the interesting tidbits about Luna that I gleaned from Melzer’s book:

Here’s my favorite passage from the book, found on page 69 and detailing a Rio Rancho man who bought a 1985 Ford pickup but, unhappy with it, drove it to Luna’s dealership, “parked it out front and placed a giant lemon on the top of the vehicle. … (The man) handed out fliers and displayed a wooden sign with the words, “Another unfixed Ford.” The Lunas filed an injunction against the pickup owner, who drove away and never returned.

Now that’s entertainment — and candor in Luna telling that tale to Melzer, whose efforts were “a labor of love.

“My only bestsellers have been my two history textbooks — required, so schools have to buy them,” he joked.

Retirement is “just great,” says Melzer. “I can write day and night.”

Letter to the editor: Christmas spirit just fine in NM