This is what most of this year’s meetings look like.

I recently listened in on a Zoom conference, with the subject “Journalism in the Crosshairs” and, being a journalist for more than 40 years, I was curious where I and/or the Observer stand.

Alarming, though, is this, from the Columbia Journalism Review: “(Recently), three U.S. senators introduced a bill called the Future of Local News Commission Act. Brian Schatz (D-Hawai’i), Michael Bennet (D-Colorado) and Amy Klobuchar (D-Minnesota) proposed the establishment of a formal commission to examine the accelerating decline of local journalism. In response, news advocacy groups have buzzed with praise and support.”

Fortunately, it was reiterated in the Zoom meeting and I’ve heard from other sources that community journalism is here to stay. That’s good — not only for you, readers of the Observer, but me.

Other than reading about the local school board, county commission and city governing body meetings — and features about local businesses and people worthy of  story — where else can area residents read about what’s going on here?

Of course, you can catch those meetings online, as all three entities I mentioned stream their meetings, but then you have to stay awake. We can do that for you.

Yes, it’s been a long road and a lot of changes have taken place in this industry.

“Journalism is under fire on so many fronts,” began host and Searchlight Editor Sara Solovitch during Tuesday’s webinar. “Four New Mexico counties have no newspapers at all.”

That’s true, and I cringe hearing it. I think it’s because of social media, with many people believing everything they see on Facebook is true.

“Fifty newspapers have folded in the last few months,” Solovitch noted, and that number includes quite a few in New Mexico.

Some of the formerly print-only newspapers have gone online. To me, that’s sad; I remember telling a former Observer publisher that we should be the only newspaper without a web presence — make people pay for the news, instead of getting it for free online. (We have bills and salaries to pay, too, like any business.)

Personally, I have always worked hard at this job, from my first days at the Valencia County News-Bulletin in November 1979. Then all I had (and all I still have) were three hours of journalism in college — and I was the class smart-aleck then.

Plus, I had used my English skills learned in high school — I can honestly say nothing I learned from four years in college has helped me — to write a few sports stories for the long-gone Belen Express. And throw in whatever journalistic skills I had from reading Associated Press wire stories on KARS-AM.

I was young, energetic and ready to take on any challenge.

Like I’ve written before, at the VCNB, I also covered two high schools’ sports teams, in Belen and Los Lunas. I also covered the Belen City Council and the “cop shop,” transcribing BPD reports.

Along the way, I developed relationships that enhanced my coverage and sometimes led to other stories. I have never “burned” a source, because, as I’ve said numerous times, “We’re not the New York Times or USA Today.” We’re a small-town newspaper and if I burn someone, I’ve lost a source.

Something else covered in the webinar: Fred Martino, director of content at KRWG Radio in Las Cruces, said there are a lot of misconceptions “out there” about media, including that it has an agenda, “rather than presenting the facts the best we can.”

I’ve heard that “agenda” remark before, and can honestly say that in my four decades I’ve never been a part of that. At the Observer, as far as I know, we have a Republican, a Democrat and an Independent. Thus, it’s hard to have an agenda with three “parties” represented.

Jessica Onsurez, the editor of newspapers in Carlsbad, Alamogordo and Ruidoso, added, “(We’re) keeping to our roots as community newspapers.”

Something else that’s “new” in the business is collaboration. Less than 20 years ago, I could supplement my income by “stringing” for the Farmington Daily Times, which then paid me $75 to cover one of its football teams playing in the metro area.

That is good money for two or so hours, but now, I’ll send the sports guy up there a story on his prep teams and he’ll do likewise for me. So, there’s no money involved, just swapping stories.

I know I don’t have to drive up US 550 to cover a Rio Rancho or Cleveland game, nor does the Daily Times sports guy have to travel here.

Onsurez summed it up best these days: “Our job is to inform and do the best we can. What can we do better and how can we do it better?”

Looking into the not-so-distant future, University of New Mexico journalism professor Michael Marcotte joined in late: “We need to get students into the (journalism) career pipeline,” although noting that may be a tougher assignment than in the past.

“I don’t like the reputation journalism is getting,” he said.

Letter to the Observer: Officers lauded for hauling the SONM torch

How do we keep our democracy healthy? 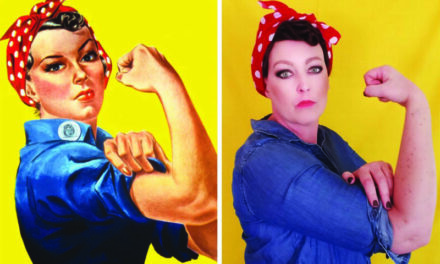