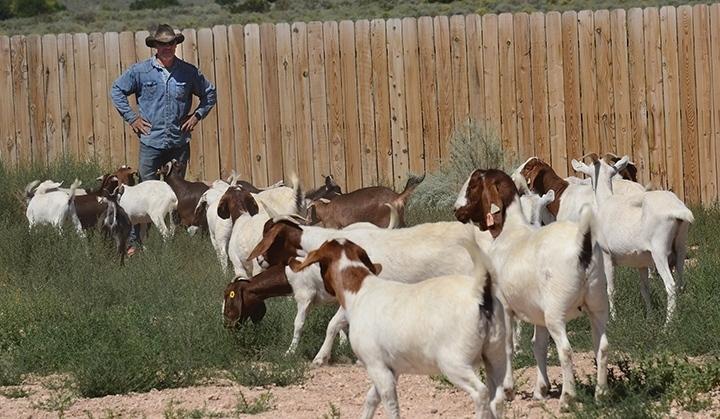 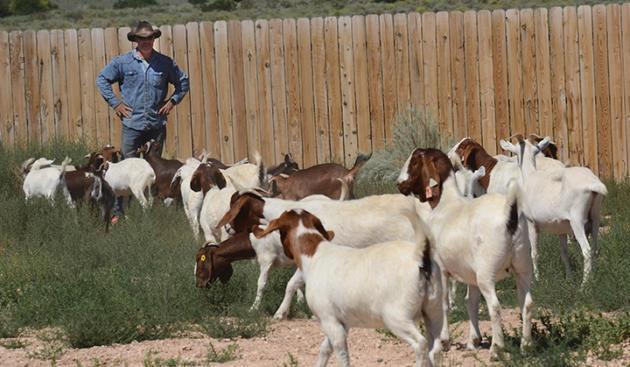 Jeff Boe saw a lot of weeds and an opportunity to get rid of them the “goat-fashioned” way.

So, who ya gonna call? Goat busters, or, in this case, Galloping Goat Pumpkin Patch.

The goats’ owners, Max and Michelle Wade, saw several of their revenue-producing opportunities go away with the pandemic, so they had to get creative.

They weren’t unique in that aspect: NBC-TV news recently reported 300,000 small businesses have reluctantly closed their doors for good, surrendering to the novel coronavirus that has racked the world since March. Locally, two business owners have found ways to become innovative, keeping their doors — or gates — open and finding new customers.

“It was my wife’s idea,” Boe said during a recent goat-grazing at his home in west Rio Rancho. “She saw them on Facebook.”

(Max has a daily presence on that social medium.)

“They do a lot of things for the city, but given the COVID situation, not as much as they usually do. I wanted to support them. … The kids are stoked — they (usually remove weeds). If it’s my idea, I wind up doing it.”

This summer, a herd of 30 goats was doing the weed removal.

“This is our first time giving the goats something to do,” said Claire Wade, Max and Michelle’s youngest child of three. “We’re trying to keep the business going.”

Max said he was doubtful that the ranch’s annual pumpkin patch near Santa Ana Star Center would take place this fall.

He some goats were used to remove weeds at a city park in Northern Meadows.

“We’ve got four jobs (lined up),” he said. “Every day we’re getting new interest.”

That interest has also come from the New Mexico State Forestry Division, he said, which needs some of the Russian thistle removed from the bosque.

The Wades have a combination of goat-busters: Boer goats, Nigerian dwarf goats and Boer-Nigerian “crosses,” plus Saanen goats.

Max has learned this about tumbleweeds and “goat heads” here in New Mexico: It is theorized that tumbleweed (Russian thistle) seeds hitched a ride to the U.S. in bags of flax seed brought over by Ukrainian farmers. Once here, they set down roots, and became quite prolific.

“They have become an iconic symbol of the American West,” Max said. “It is reported that, during the Dust Bowl, tumbleweeds sustained livestock and people, who seemingly brined and canned the tumbleweeds for winter food.

“As glad as I am that it was a life source back then, I can’t stand that nasty weed,” he said. “It warms my heart to see my goats devouring it.”

To rid your property of weeds, contact the Wades on their Facebook page or by email at [email protected]

“Prices vary,” Claire said, generally running $75 a day, but also dependent on fences needed to contain the goats on large parcels, and the number of days required.

That last thing can vary: The goats get distracted when there are people watching them work. 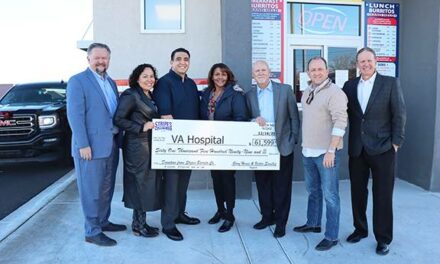 RRPS ‘ready to go back to school’ 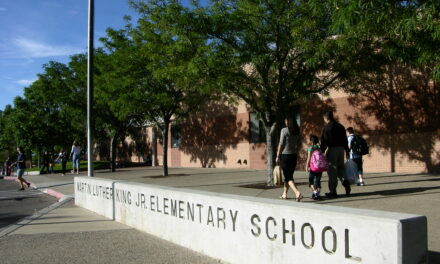 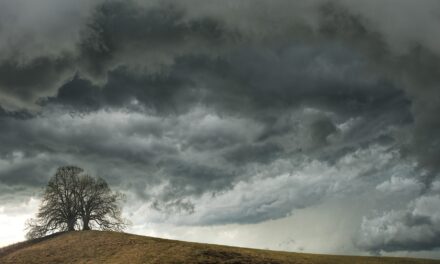