Home » Columns » Fundraiser near to hearts of mom, daughter

Fundraiser near to hearts of mom, daughter 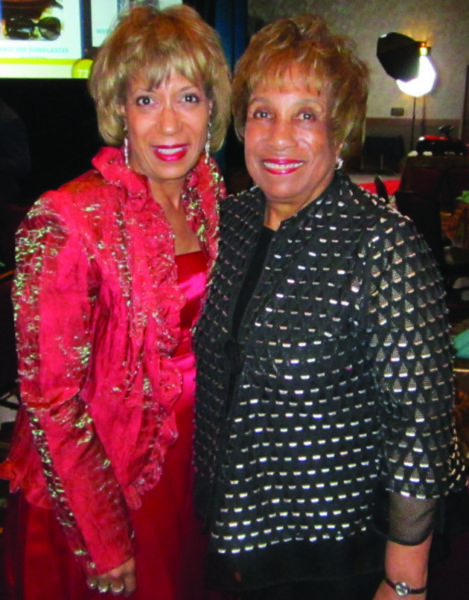 Imagine being a young mother of two small girls, and during one of their eye exams, the ophthalmologist decides to test your eyes.

After a thorough examination, you’re given the diagnosis of Retinitis Pigmentosa (RP), a rare genetic eye condition that slowly damages the retina, causing deterioration of peripheral vision, which eventually results in a loss of eyesight. It affects one in 4,000 people.

You’re told there is no treatment or cure.

This young mother is my mom, who has lived with Retinitis Pigmentosa for decades. Mom took this information in stride and lived her life as a wife and mother as she continued to lose her vision.

She worked, cooked meals and cared for her family. As time passed, she noticed it was more difficult seeing at night or in dark surroundings.

Mom eventually had to give up driving and her job. Even reading and cooking became difficult.

During these significant changes, Mom maintained a positive attitude and outlook on life. She would often say, “Things could be worse; at least I can see something.”

RP didn’t stop her from traveling, salsa dancing or enjoying yoga classes. However, she needed help with things many of us take for granted, like clipping her nails, making phone calls, paying bills or reading the mail and the Bible.

Mom continued to get her eyes checked; however, there was little hope for her.

She finally decided to stop getting eye exams. In her opinion, these visits became more frustrating than helpful.

She eventually agreed to see Dr. Robert Melendez at Eye Associates of New Mexico for the sole reason that his mother also has RP. Over 10 years ago, he started a foundation in her name, the Juliette RP Vision Foundation, to raise money for visually impaired college students and to fund research grants to find a cure for RP.

After hearing about this foundation, Mom and I became strong supporters.

Last year we attended the Juliette RP Vision Foundation “Night for Sight,” an elegant evening of dinner and entertainment held to raise funds to provide research and community awareness while helping find a cure for RP and other retinal disease. We felt we were not alone anymore when we entered the ballroom filled with people who either had RP or were supporting those did.

Mom regularly visits Dr. Melendez, who is making every effort to help preserve the vision she has left. She remains optimistic that one day a cure will be found.

Please join Mom and me at the 2019 “Night for Sight” Friday, Aug. 9, at Sandia Casino starting at 6:45 for an evening of dinner, live entertainment, awards, a silent auction and dancing. In addition to recognizing college students overcoming visual impairment, you will help raise funds for vision research.

The attire is Southwest chic. The evening includes a contest for best hat, jewelry and outfit.

A photographer and photo booth will be available to create personal keepsakes.

If you’re unable to come, please consider donating to this worthy organization.

Letter to the editor: RR’s police department goes above and beyond

Fire weather
April 23, 2021, 3:17 am
Come as close as possible to the heart of your community.
Subscribe Today!
error: Content is protected !!