For those unfamiliar with the series, it is so named because the main character, defense attorney Mickey Haller, practices law from the backseat of one of his many Lincoln Continentals. Haller is a recovering alcoholic, a divorced father and the half-brother of Hieronymus Bosch, a retired detective Los Angeles Police Department (LAPD) detective and the main character in another Connelly series: “Bosch.”

As “Law of Innocence” opens, Haller is at a local restaurant with colleagues, celebrating the acquittal of one of his clients. When he leaves the restaurant, he is followed by an LAPD traffic cop, who pulls him over, ostensibly for a missing license plate.

However, it soon becomes apparent this is no routine traffic stop. The officer, noticing blood pooling on the street beneath the car, forces Haller to open the trunk and discovers the body of grifter Sam Scales, a former client of Haller’s.

Haller is then arrested for Scales’ murder, and the book takes off.

Haller, held without bail at the Twin Towers Correctional Facility in downtown Los Angeles, flaunts conventional wisdom and opts to defend himself. He does so because being found “not guilty” is not the same as being found innocent, and he knows that another attorney may recognize the difference but would never fight hard enough to prove Haller’s innocence.

Connelly is a gifted writer, one I’ve been reading for years. His novels are the very definition of page-turners, and I read “Law of Innocence” in less than a day.

Connelly is a master of plot, never leaving story threads hanging. I enjoy his books, discovering clues and figuring out how the book will end.

However, as good as Connelly is at developing page-turners, he also fleshes out his characters, making them flawed and at the same time likeable. A reader, unless completely hard-hearted, invests emotionally in likeable characters and wants them safe.

Throughout “Law of Innocence,” I was invested in Haller’s safety. As a defense attorney, he wasn’t popular with the police department or the prison guards, and, consequently, was constantly in danger in jail. I found myself getting anxious, worried that he’d get beat up.

However, as worried as I was about Haller being physically hurt, I was never concerned that he’d be found guilty of Scales’ murder. The problem is that “Lincoln Lawyer” is a series.

Generally, the main character in a series, especially a detective series, is not going to suffer such a serious setback, so I read “Law of Innocence” more to find out how, rather than if, Haller would prove his innocence.

That caveat aside, I definitely recommend “Law of Innocence.” The book is more suitable for those who like detective fiction.

Those who prefer character-driven fiction might find themselves wanting more.

Letter to the Observer: City’s judge doesn’t need to be a lawyer 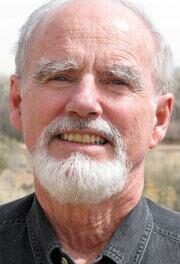 Letter to the editor: Viruses are a part of history