A Ukrainian flag is displayed outside their Albuquerque home, where retired University of New Mexico Russian professor Byron Lindsey and his wife, Tania, who was born in the former Soviet Union, pore over reports of Russia’s Ukraine invasion and stay glued to TV news for hours.

Byron, a professor emeritus of Russian language and literature, spent much of his career living in and traveling to Russia, where he met his wife. They are intrinsically connected to the conflict. Tania has close relatives in Russia and Byron has Russian colleagues at American and Russian universities.

“I’m not doing anything but thinking about just what’s going on,” Tania said. “The killing. The destroying. This is the nightmare. And why? Why? Just because (Russian President Vladimir Putin) wants to show that he’s so great? Stupid.”

It’s an emotional time for the couple. Thousands of civilians have likely been killed in Ukraine and 3.5 million have fled the country since Russia began its invasion last month. They said their strong Russian ties have caused anxiety and shame.

“I feel it as a Russian person, yeah,” Tania said. “When I talked to my niece who lives here she told me, ‘I before introduced myself as Russian. I’m not going to do it anymore.’ ”

In an effort to spread knowledge and awareness about the war, Byron is hosting a forum Thursday at UNM titled “Voices of Ukraine.” The event will feature three native Ukrainians who live in Albuquerque. Two of them are nurses and one is a UNM student.

“I want to help inform the community,” Byron said. “I want to sharpen it a little by having Ukrainian voices speak for themselves, because I think they can make a more poignant statement.”

He said he also wants to localize conversation about the future of the war, and the massive amounts of aid and support Ukraine is going to need.

“I want community voices to tell us how they think we can proceed from here and form something ongoing,” Byron said. “I don’t see many positive directions that give me a great deal of immediate hope. Long-range hope, yes. Always. But immediate? I really think it’s going to take a lot more suffering. There’s going to be lots of suffering.”

Byron’s interest in the Russian language piqued when he was an undergraduate at the University of Texas, and after college he volunteered for the Army, where he attended language school.

From 1959-1962, he was assigned to Germany, where he studied Russian during the Cold War. He then returned to the states and continued to study Russian and Slavic languages. He worked at UNM from 1970 until taking emeritus status in 2007.

“I took every opportunity that I had (to go to Russia), and there were numerous academic opportunities,” Byron said during a recent interview. “I was always trying to get to know and understand Russia better and better and better. My day job may have been research, but my night job, I felt, was being an American in Russian society.”

What drew him to Russian language and literature?

“During the Cold War, there was a great deal of anti-Russian, anti-Soviet feeling in (America),” Byron said. “And I sort of like to always in my life go against the grain a bit and thought, ‘Oh, (studying Russia is) going against the grain.’ And it was glamorous.”

Byron and Tania met in Moscow in the 1970s and she left the Soviet Union for America in 1983.

Tania said the couple is staying in regular contact with one of her close relatives, who is still living in Russia. They are sending encrypted messages because Russians can get into trouble with authorities for even talking about the war.

Byron said he has been in contact with Russian academics in Russia and America.

“The nightmare is real. (The war) is going at the heart of everything that we had hoped for Russia,” he said. “Reform, positive, freedom, loving, progressive, creative Russia is being destroyed as they kill Ukrainians. There are two things going on here: There’s the genocide against the Ukrainians. And there’s the moral suicide or murder of the Russian intellectuals, the well-informed and the creative people.

“This is the realization of my worst fears.”

Byron said it’s extremely difficult for ordinary citizens inside of Russia to get accurate information about their government, which shapes how they perceive the war. Tania said she has relatives who remain supportive of the Russian government.

Byron said Russians he knows have “retreated into passive mode.”

“You need to step back a little and realize that Russian people fear and essentially dislike or maybe in some cases actively hate their own government,” he said.

As a Russian literature expert, Byron said there are inspirational materials for the Russian people. 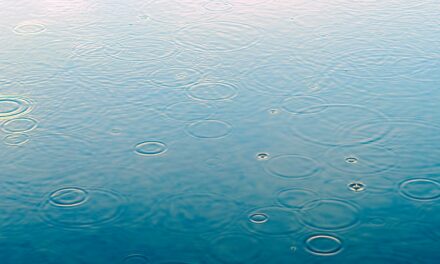