Bruere graduated from Cleveland High in May 2012, after back-to-back state runner-up finishes at Santa Ana Star Center in 2010 and ’11. A sophomore when CHS opened, she was on the Storm’s inaugural team and played three seasons with the varsity.

“Making it to the state championship game two years in a row,” were her Storm highlights, she said. “It never ended how we planned, but each experience taught me many life lessons.”

During her time at Otero, Bruere helped transform a program into a region champion and national contender. The Rattlers posted a 24-7 record in 2018 and a 25-10 record, an NJCAA Region IX Championship and a seventh-place finish at the NJCAA DI National Championship in 2019.

“I am very excited about adding Jordan to our coaching staff,” said DCCC Athletic Director Jacob Ripple. “She comes highly recommended from a number of people in the volleyball world. I believe she is going to be a great fit for our program here at Dodge City.

“I believe she will immediately make an impact on the program.”

During Otero’s 2018 season, Bruere helped the team reach the NJCAA DI national polls six weeks in a row and as high as 19th in the nation, finishing the season with a 24-7 record (second-best in school history), three All-Region IX players, and helped 100 percent of the sophomores move on to play at a four-year college or university.

Prior to Otero, Bruere spent two years at the University of Louisiana-Monroe as a graduate assistant coach, and in charge of the entire spring program at ULM, including the beach volleyball program.

Bruere was a four-year (2012-15) volleyball player for Colorado State University-Pueblo. During her time with the Thunderwolves, she was named to the Rocky Mountain Athletic Conference Academic Honor Roll for three consecutive years.

She appeared in over 80 matches during her collegiate career, collecting over 1,000 assists and over 600 digs. In addition to her volleyball career, Bruere also played one year of softball for CSU-Pueblo.

The native of Rio Rancho holds a bachelor’s degree in physical education from CSU-Pueblo and a master’s degree in sports administration from University of Louisiana-Monroe.

“Growing up in a family of coaches was something that first inspired me to coach,” Bruere said. “I saw the impact my parents (Carl and Rebecca Bruere) had on those they coached as well as the impact they had on me when they coached me when I was younger.

“I wanted to make that same positive impact on the lives of others and I knew at a young age that being a coach was going to be one of the ways I knew I could do that. Not only do you impact your athletes’ athletic career, but being a positive impact in their lives as a whole is something that I love to do,” she added.

One of her former coaches at CHS and the current UTEP Miners volleyball coach, Ben Wallis, said he was, “really happy and excited for Jordan.

“It’s always fun watching your former players grow into coaches at they get older. Jordan, even as she set for me at Cleveland, showed an interest and excitement for coaching.

“I’m proud that she’s grinded-it-out these years as an assistant to be able to earn this shot as a head coach,” Wallis said. “It’s tough sitting in that chair — it’s not something you understand until you are the one making the decisions yourself, but what I do know is that Jordan will put in the work and figure out the ways to solve their weaknesses.

“I also know if she can’t: she’ll pick up the phone and call coaches that will help and give her advice which she’s always done.”

Naturally, Bruere gleaned advice along the way from Wallis.

“Ben Wallis was the first coach I had that I knew (besides my parents) that I wanted to impact individuals the way he did in the sport of volleyball. The next would be my college coaches, Jen Gomez and Jordan Willis (previous boss/head coach at Otero Junior College), who continue to inspire me because of the way they are able to create a culture and program people want to be a part of.”

Bruere began her new role with Conquistador Athletics on Feb. 3.

Now, Bruere said, “The greatest thing you can do is be yourself. That is how you can create and build a culture. Being yourself helps your team and support staff be able to connect, see the vision of the program and trust one another to compete for the same goal.” 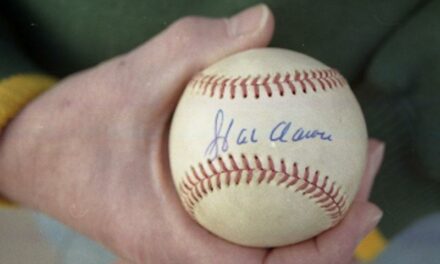