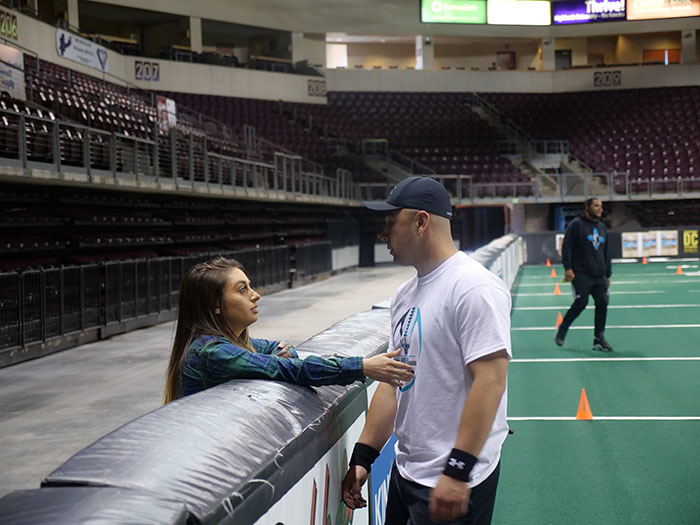 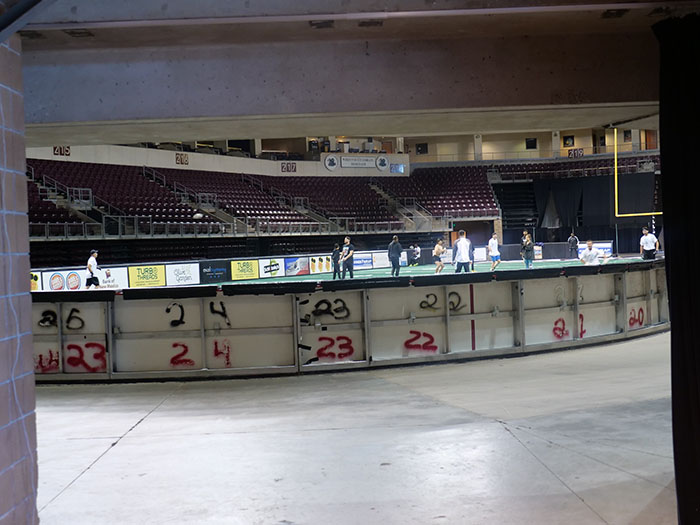 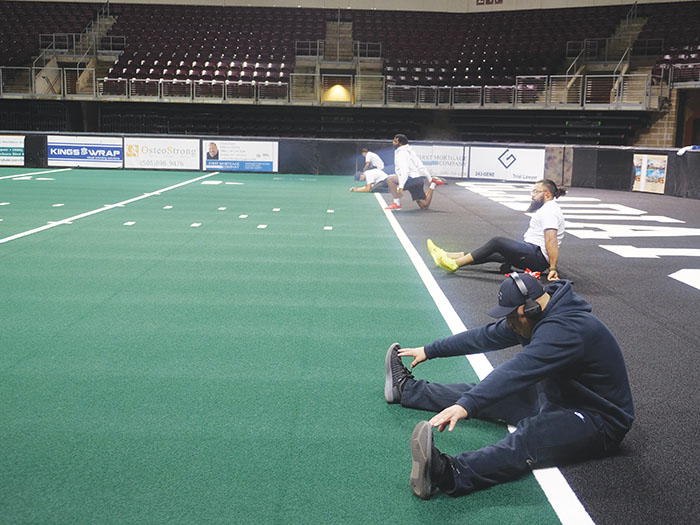 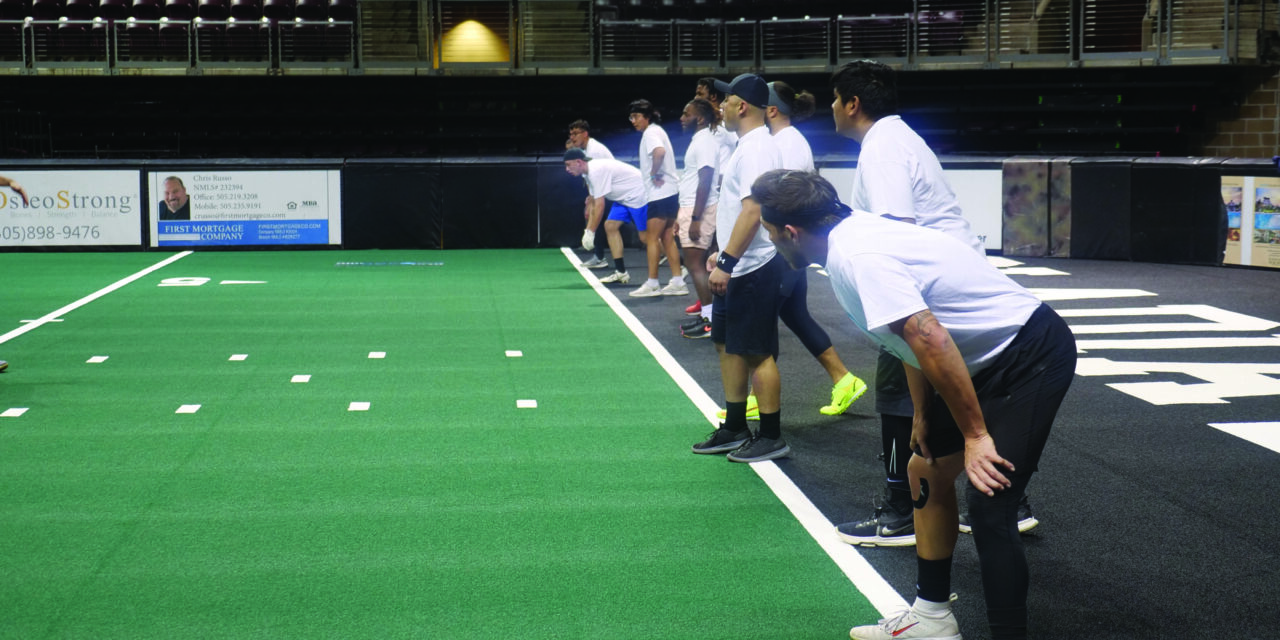 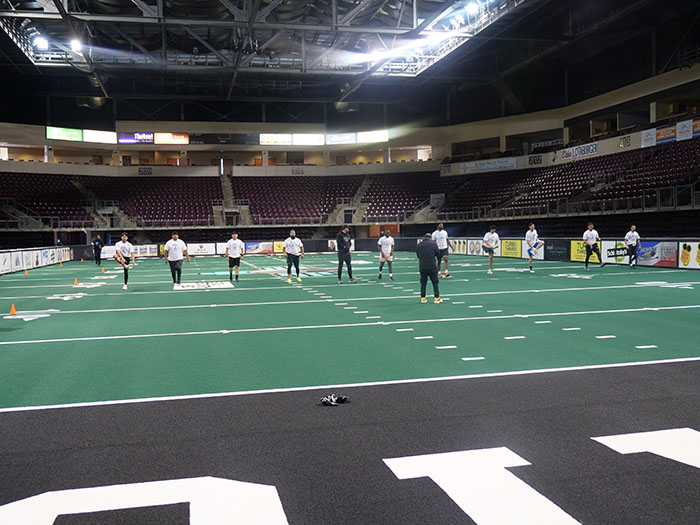 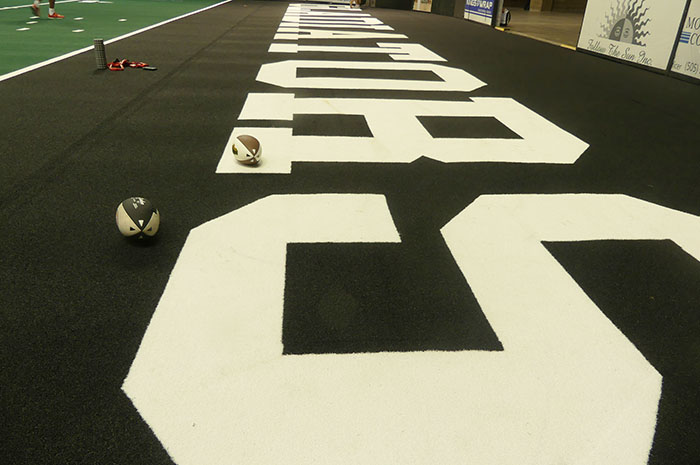 For Anthony Segura, a tryout with the Duke City Gladiators could be life-changing

In a way, Anthony Segura has worked all of his life for this moment.

Saturday, he was among about a dozen football dreamers trying out for the Duke City Gladiators at the Rio Rancho Events Center. His wife, Stephanie, was there, quietly rooting him on. (See photo of the two before tryouts begin)

Segura, 28, is from Santa Fe. He has played football for 23 years nonstop, from youth leagues to Eastern New Mexico University, where he played slot receiver.

After college, he ran a semi pro team, the Santa Fe Steam. In 2021, he saw the opportunity to chase his dream with the Gladiators.

“There hasn’t been a year that I haven’t played football,” he said.

Tryouts included running the 40, 10-yard sprints, running routes and some other drills.

Owner Gina Prieskorn-Thomas watched for possible additions to the team.. Running the event was coach and General Manager Fred Griggs.

Although these guys were competing for spots, there was also a sense of camaraderie. They were alone. Yet they were in this together.

For Anthony Segura, this day was filled with passion.

“I’ve been wanting to play pro since I was a little kid,” he said. 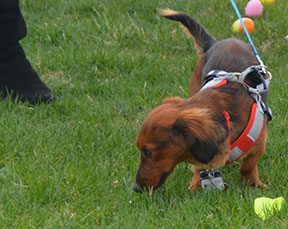 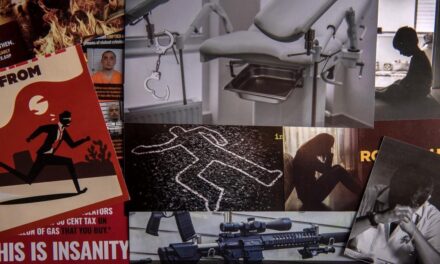