What is night blindness and is it serious?

Well, the medical term for night blindness is nyctalopia. This is a condition that results in someone not being able to see well at night.

A child might have a hard time playing hide-and-go-seek at night, whereas an adult may have a hard time driving at night or navigating easily in a dark movie theater. There are various causes of nyctalopia, including near-sightedness, cataracts, keratoconus and a lack of Vitamin A.

Uncorrected near-sightedness is the most common cause that we see in the eye clinic and can easily be treated with glasses, contact lenses or LASIK eye surgery.

Cataracts are when the lens inside your eye becomes cloudy.

Keratoconus is a condition in which the cornea becomes thin over time, requiring several glasses and/or contact lens prescription changes.

Another culprit is Vitamin A deficiency, which is very rare in the U.S.

Some people are born with night-blindness, or it might develop from a degenerative disease involving the retina, called Retinitis Pigmentosa (RP).

I helped start the first-ever RP foundation in New Mexico, called The Juliette RP Vision Foundation, named after my mother. The foundation raises money for college scholarships for blind students, as well as funds for research grants to help find a cure for RP.

Once per year, make sure and get a complete eye exam in which your eyes are dilated, so that your optometrist or ophthalmologist can view the retina.

(Dr. Robert Melendez is an area ophthalmologist, and founder and CEO of Juliette Eye Institute in Albuquerque. He has also been a clinical assistant professor at the University of New Mexico Health Sciences Center since 2005. He lives in Corrales.)

Letter to the Observer: Big ‘thank you’ for The Big Event 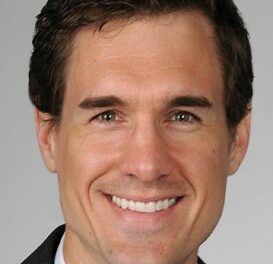 Letter to the editor: 2020 graduates can unite in unique times

Letter to the Editor: Progressives must vote well in Nov.

Fire weather
April 23, 2021, 1:17 am
Come as close as possible to the heart of your community.
Subscribe Today!
error: Content is protected !!