You know the pollen count is elevated and allergy season is here if you have itchy eyes, a red, swollen nose that’s runny with clear fluid or itchiness in the nose, throat, ears and mouth.

Allergy season usually begins in February in the Albuquerque area and sticks around through May or June, says Dr. Mark Schuyler, an allergist for The University of New Mexico Hospital and a professor in the Department of Internal Medicine.

According to the 2018 National Health Interview Survey conducted by the U.S. Centers for Disease Control and Prevention, 19.2 million adults suffered from hay fever, also known as allergic rhinitis, during a 12-month period. People with asthma have to take extra care during allergy season.

Though allergies can be uncomfortable, there are several remedies available in pharmacies, Schuyler says.

Antihistamines such as Claritin, Zyrtec, Allegra, Xyzal or the just-as-effective generic versions, Schuyler says, can help you to feel better.

“The generics are all made in the same factories,” he says. “They’re certified by the FDA.”

Remedies such as a neti pot can be effective but messy.

“It washes out the secretions from the nose,” Schuyler says. “It hasn’t been studied for effectiveness but it probably is (effective).”

He prefers using a squeeze bottle by Neil sold in pharmacies. It’s less messy than using a neti pot, he adds.

If the over-the-counter options aren’t easing discomfort, Schuyler recommends making an appointment with an allergist. The appointment can include a skin test in which areas of the skin are pricked and exposed to tree pollens, molds, house dust mites and other allergens.

If someone has a positive immune stick test, the next step is to begin allergy immunotherapy, also known as allergy shots, which has been around since 1911, Schuyler says.

Studies have found the therapy is effective but requires a time commitment from the patient. Patients are injected with an extract of a small amount of the allergen and initially receive shots twice a week in an allergist’s office for three months.

Patients then return once a week for a few more months before moving on to maintenance shots every three to four weeks.

They’re advised to stay in the office after the shots for 30 minutes so staff can provide treatment in case of anaphylaxis, a severe reaction that happens in about one in 1,000 injections, Schuyler says. Allergy shots also have side effects such as pain and tenderness at the shot site on the upper arm.

In the past 10 to 15 years, new treatments have become available, including sublingual immunotherapy, which involves taking a tablet with allergens in it each day.

Another example is Xolair, an injected biologic medication that’s administered every two to four weeks and is primarily prescribed for asthma. It’s also effective for rhinitis, Schuyler says.

But it’s very expensive and not covered by insurance unless it’s prescribed for asthma.

“(Biolgogics) are quite safe and some can be done at home,” he says.

But, he adds, the issue is cost, with the listed price at $30,000 a year, and some newer versions even more expensive.

There are other ways to alleviate allergens in the air at home, he says. Schuyler suggests visiting the American Academy of Allergy, Asthma & Immunology website, aaaai.org, for house-cleaning tips.

“You can reduce your exposure to indoor allergens and improve symptoms quite a bit,” he says.

To learn about daily pollen counts, look up the City of Albuquerque’s air quality webpage at cabq.gov/airquality/todays-status/air-quality-index. 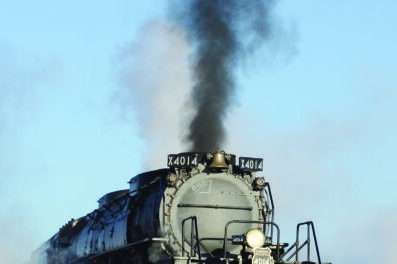