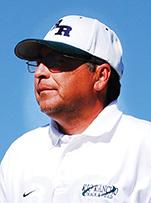 Eastern New Mexico University recently announced its 2022 inductees to the Hall of Honors. Seven members were chosen based on their efforts as student-athletes, coaches, and supporters of Eastern.

Two of his uncles (Leroy and George) ran at Eastern and aided the team to a national championship in 1972. He is a member of the Rio Rancho High School Sports Hall of Fame, New Mexico Activities Association Hall of Fame and New Mexico Track and Cross Country Coaches Association. He has also received recognition for his time as an athletic director for multiple schools in the state, which include Tucumcari and Santa Rosa.

Chavez will also receive the NIAAA (National Interscholastic Athletic Administrators Association) State of New Mexico Merit Award this fall. He is a graduate of Robertson High School in Las Vegas, N.M., and holds bachelor’s and master’s degrees in physical education from ENMU.

“It’s a pretty unique honor to be inducted into your university’s hall of honor, and I take it as a prestigious honor,” he said. “It’s hard to rank them, but it’s really nice to go into Eastern’s next to Heath Ridenour, who I worked next to for 10 or 11 years.

“They’re all special,” Chavez replied, when asked if he could rank his career honors.

Chavez and his wife of over 40 years, Rose, have four children (Larry, Orlando, Hilaree and Lawrence) and nine grandchildren.

Heath Ridenour: A two-sport athlete at ENMU (football and basketball), Ridenour is known for his speedy skills as a quarterback for the Greyhounds.

The three-year starter earned all-conference honors three times and was recognized as the NCAA DII player of the week in 2002 when he led the school to a 37-34 win over Texas A&M-Kingsville – when he ran for a school record 294 yards on 31 carries and scored four touchdowns.

He went on to become a high school coach at Portales, Clovis and Cleveland high schools. He led Cleveland to a 96-18 record over 10 seasons, with three state championships.

“It’s awesome,” Ridenour said of the newest honor. “My time at Eastern was awesome.

“People ask me how I enjoyed small-town America. I said I was from small town America,” he said, not expecting to be honored by his alma mater.

“I didn’t really think of it as far as, ‘When is it my turn?’ It was kind of surreal for a little bit,” he said.

He serves as a quarterbacks coach at the University of New Mexico.

Also among the honorees are Dr. Patrice Caldwell; Earl Diddle, who’s overseen a couple basketball clinics at RRHS in the past; Lauren Frye; Becky Meek Lewis and Luis Quinones.

The group will be honored during Homecoming weekend, Sept. 30-Oct. 2. (goeasternathletics.com) 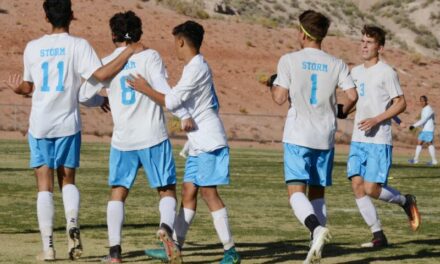