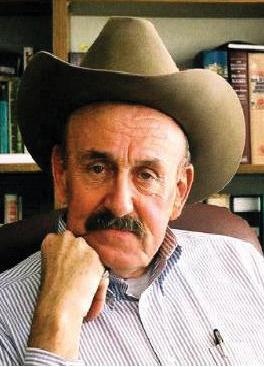 Editor’s note: In light of the mayhem in Albuquerque last week surrounding the Oñate statue at the Albuquerque Museum, we asked Don Bullis for a column on Oñate for a better understanding of the topic. 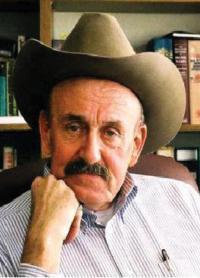 He was not the first Spaniard to visit what was then called La Tierra Incognita — five or six expeditions had preceded him, some legal and some illegal — but he was the first to establish a settlement that continued to exist beyond his lifetime.

Oñate was not the only Spaniard in Mexico with designs on an adventure that seemed to offer riches and fame on an untamed frontier. He began planning his expedition in 1595, and it took until 1598 before he could get under way.

His organizing efforts were slowed by the red tape of a cumbersome bureaucracy in both Mexico and Spain, as well as by rivals who tried to undermine his efforts. When the dust cleared, he was named governor and captain-general of New Mexico, and he was given a “lifetime” contract.

Historian Marc Simmons wrote that Oñate was the only Spanish governor of New Mexico to be given such a contract. He was obliged to pay the cost of colonization out of his own pocket.

There is some question about how many folks joined Oñate’s group because often Native American slaves were not counted, which was also the case with people of mixed racial heritage. Some sources indicated as few as 129 men joined Oñate, but David H. Snow in “New Mexico’s First Colonists” wrote this: “I have identified 560 persons, either named or otherwise identified but not named.”

Dan Thrapp in the “Encyclopedia of Frontier Biography” reported that the entourage “included 400 men, 130 of them with their families, 83 wagons and carts, and 7,000 head of [live]stock.”

It was a formidable group in any event, and in addition to Spaniards, it included nearly a dozen Portuguese, and one each Belgian, Greek and Italian. Several members were identified as black.

The trip north along the Rio Grande began in early 1598. The heat was relentless and the water scarce.

Before the caravan reached a final stopping point, dissention arose among the settlers. Oñate managed to reassure his followers at that point, and they continued their trek.

By the time they reached their destination at San Juan near the present day Española in July of the same year, they had lost 22 of their wagons along the trail.

Once the pioneers had established a camp, Oñate set about exploring the area and engaged in his brief and unfortunate war with the Acoma people of western New Mexico in January 1599.

In February 1599, Oñate conducted a three-day trial at Santo Domingo of Pueblo of Acoma people for crimes relating to the killing of Juan de Zaldivar and their refusal to surrender to Vicente de Zaldivar.  They were convicted, of course.

The most famous part of the sentence condemned men over 25 years of age to the removal of one foot and 20 years of servitude. Younger males and women were sentenced to 20 years of slavery.

While historian Marc Simmons indicated that forced amputations were conducted at other pueblos, to make an example to other Indian people, other historians question whether or not the punishments were ever carried out at all.

No document has been found to confirm that fact, and some historians do not believe that the sentences of amputations were ever executed. After all, they argue, of how much use would a one-footed slave be to his owner?

Oñate had problems with his own people back at San Juan. For some, life on the frontier was too much to endure. Desertions began.

Four soldiers who fled south were chased down by Gaspar Pérez de Villagrá, one of Oñate’s lieutenants, and two of the deserters were beheaded. Hands were also severed and preserved to prove to Oñate that they were indeed dead.

By the turn of the century, as many as half of the original settlers had taken advantage of Oñate’s frequent absences and fled back to Mexico.

Oñate managed to hang on until 1608, when he was replaced as governor and his “lifetime” contract voided. Oñate was subsequently tried for misconduct in office and while he was exonerated on some of the charges, he was convicted on others.

The court exiled him from New Mexico and he spent his last years in Spain.

Chávez, New Mexico, Past and Future

Ellis, New Mexico, Past and Present

Kessell, Spain in the Southwest

Lamar, The New Encyclopedia of the American West

Letter to the Observer: Arming teachers not the solution for school shootings

Letter to the Observer: Blame Democrats for NM failings

Letter to the Observer: Sullivan letter was 1-sided view