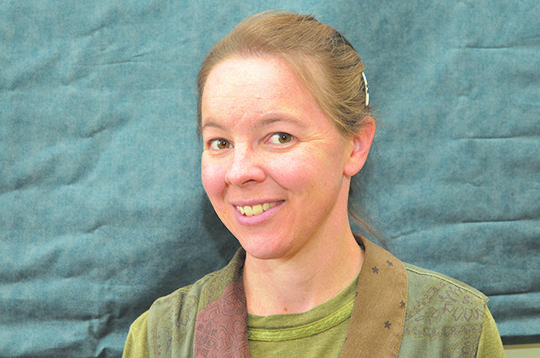 The City of Rio Rancho’s refusal to provide public information has reached a new low.

On Nov. 25, I requested a police report involving allegations that an adult had committed child abuse resulting in great bodily harm. It’s not a pleasant subject, but people have a right to know what’s happening in their community, and to stop such horrors, we have to face them, not ignore them.

I already had the “face sheet,” the part of the report that lists time, date, place, initial charges and people involved, in this case with the victim’s identity redacted. It came with other arrest records I receive from the city weekly, so I should have been able to get the rest of the report.

On Dec. 2, I received an email from the clerk’s office saying I couldn’t have the report because the state Children’s Code made all records of child-abuse proceedings confidential.

I asked the city spokeswoman to intervene.

On Thursday, 2½ weeks after my initial request, I received another email from the clerk’s office with the same refusal for the same flawed reasons as before.

“Police arrest records are original records of entry and subject to inspection under state law,” Foundation for Open Government executive director Melanie Majors told me when I checked with her.

She says certain information can be redacted from police reports, but the rest of the report cannot legally be withheld.

Furthermore, the city released a police report involving allegations of sexual abuse of a child to KOB a little more than a week ago, albeit after fighting the request. Why can one news outlet get a child-abuse report when another can’t?

(I used copies of the documents KOB received to write a story on the case.)

Over my 16-year career, I’ve worked at newspapers in five New Mexico cities, covering police in two of those communities and city government in three. Never have I run into this strange misinterpretation of the Children’s Code before.

News agencies across the state have long reported on child abuse using police reports, including recently, and no law has changed to stop that.

For the great-bodily-harm abuse case, I had to bypass the city and get a copy of the criminal complaint, which contains the same information the police report would, from the courts. Getting it from the courts is more evidence it’s public information.

This latest problem is on top of the city’s ongoing refusal to release records of juvenile arrests, even though the state Attorney General’s Office Inspection of Public Records Act Compliance guide says they’re public information. Ms. Majors requested an opinion from the AG’s office over that issue, but we haven’t heard back.

Governmental agencies in New Mexico have paid more than $850,000 in fines and attorneys’ fees in recent years after refusing to comply with IPRA.

I’m still hoping we can work out something without going to court.

Unfortunately, the stubbornness of a handful of city employees makes me doubt they’ll listen to anyone but the attorney general’s office, which takes months and months to give an opinion, or a judge.

Meanwhile, withholding public information is wrong. The taxpayers have a right to know what’s going on in their community and those records belong to them by law.

Even if it means a fight I don’t want, I can’t just accept this situation.

(Argen Duncan is the editor and publisher of the Observer. To contact her, email [email protected])