Presented by Kirtland Federal Credit Union, in honor all the service men and women, the team is offering one free ticket at Will Call with a military ID.

Duke City scored the game’s first 30 points, never had a lead of fewer than 23 points, and got a great night from Gregory Dent Jr., who scored twice on touchdown passes from quarterback Ramone Atkins and once on a pick-6.

The Gladiators are now poised to win their third game in a row: The Strike Force come into Rio Rancho with just two victories and seven losses thus far. The teams meet in San Diego on July 9.

Saturday’s tailgating starts at 3, Events Center doors open at 5, and kickoff is at 6.

Tickets are available at www.dukecitygladiators.com 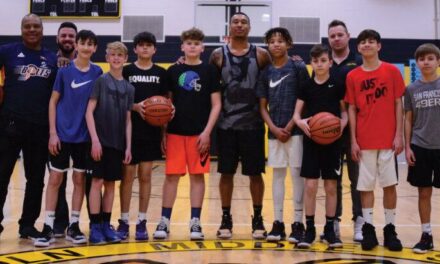 Chris Newsome: Once a Leopard, always a Leopard