Shortly after discovering their 2-year-old son shot in the kitchen, Santa Fe police officer Jonathan Harmon told his wife their 4-year-old must have “been playing with” his off-duty gun.

He was clad in Batman pajamas that were speckled with his brother’s blood.

“I said ‘… were you playing with daddy’s gun?’… but he was scared to tell me,” Courtney Harmon told Rio Rancho police in a gut-wrenching interview.

“I said ‘why were you messing with daddy’s gun,’ and he said he was trying to put it on daddy’s belt because he wants to be just like his dad.”

The Attorney General’s Office provided KOAT-TV with interviews, police reports and other documents in the Dec. 8 shooting death of Lincoln Harmon at the family’s Rio Rancho home.

According to the 53-page police report, the toddler had been shot beneath the lip and the bullet exited the back of his head. The Office of the Medical Investigator ruled the death an accident.

The couple told police they were sleeping in separate rooms, Courtney with their newborn and Jonathan with the two boys, according to the report. Jonathan Harmon said around 8 a.m. he woke up to a loud noise and heard the older brother screaming.

The father found Lincoln curled over in a kitchen chair, bleeding profusely, and Jonathan Harmon told police “his mind was spinning.” Courtney Harmon told police her older son ran past crying and she found her husband giving Lincoln CPR.

“My son was on the floor, bleeding everywhere” she told police, breaking down into tears.

At first, the couple told police they thought the boy had fallen but then they spotted the gun. Courtney Harmon told police she put the gun in a cabinet.

Arriving officers found a spent shell casing near the boy, who was pronounced dead from a gunshot wound.

Jonathan Harmon, who owns multiple guns, told police he often keeps his off-duty gun in a safe. But, sometimes, he keeps it on the very highest kitchen shelf behind a coffee mug.

Jonathan Harmon told police that’s where he put it when he came home the day before the shooting.

The 4-year-old told police he used a kitchen chair to reach chewing gum, which is kept in the same cabinet. The boy said he found his father’s gun and “either ‘pulled it up’ (possibly pulling it out of the holster) or ‘pointed it up’, (possibly at Lincoln),” unintentionally firing it.

A GoFundMe page was set up for the Harmon family shortly after the incident.

Until this week, details in the shooting have been scarce.

Rio Rancho police repeatedly refused to release records to the Journal, the New Mexico Foundation for Open Government and Santa Fe New Mexican. FOG and the New Mexican have filed a lawsuit over the denials.

Attorney General Hector Balderas has said Rio Rancho officials broke the law by failing to turn over the records.

Balderas’ office, meanwhile, has opened its own investigation into the shooting after the 13th Judicial District Attorney’s Office declared a conflict.

“District Attorney (Barbara) Romo requested our assistance due to a conflict in her office, therefore we appointed an independent prosecutor and investigator to conduct an expedited legal review of the case,” AG spokeswoman Jerri Mares said Friday.

No one has been charged in the case.

Benjamin Valdez, a spokesman with the Santa Fe Police Department, said Harmon is still on the job but on “alternate duty status,” which means non-field work conducting administrative tasks. He said an administrative investigation will be opened into Jonathan Harmon after Rio Rancho police wrap up their case.

Investigators have questioned both parents about gun safety.

Jonathan Harmon told police he was taught gun safety from a young age and his kids were no different. He said he tells them, even if it’s a toy, you don’t point it at people.

Courtney Harmon said her husband “deals with the guns.”

“I don’t mess with them. … I don’t keep track with what he does with them,” she told officers.

Courtney Harmon said her 4-year-old had toy guns and one BB rifle, some brightly colored and others that make cocking noises. She said her husband is “very strict” about gun safety.

Courtney Harmon said that prior to the shooting, they never “have problems” with the older brother actually touching his father’s guns — although he does like to “play dress up” with his other police gear.

“I don’t know what got in his mind to pull the chair and get into the cabinet and to think ‘okay, today I’m going to play with it’ — I can’t wrap my head around it,” she said. 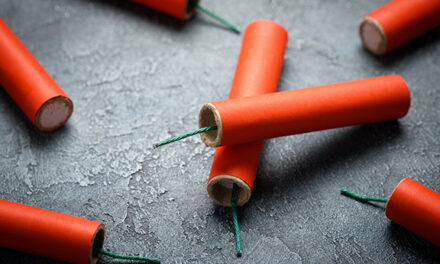 Pet safety tips for the Fourth 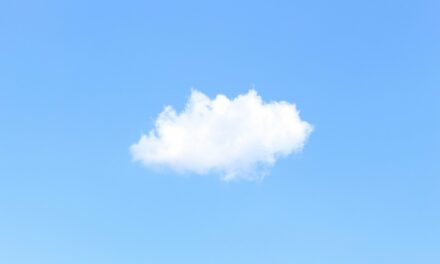 Repeat of the past two days, a day for pink 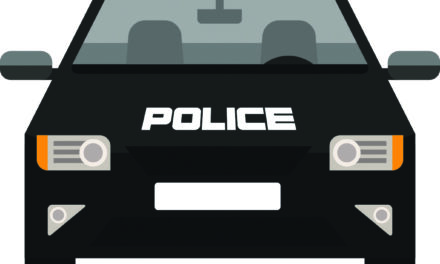