Editor’s note: Benito Aragon is running for the Division 2 magistrate judge seat against fellow Democrat Kenneth Eichwald, whose candidate questionnaire responses appeared in the May 22 edition of the Observer. We were unable to reach Aragon at that time, but he has since provided us with responses. They follow.

What are your qualifications for this position? I am a career Law Enforcement Officer with over 35 years of experience. I have recently retired from the Albuquerque Police Department. I also worked for Sandoval County Sheriff’s Office, Los Alamos Police Department, and the Jemez Pueblo Police Department. The reason this is important is the diversity I would bring to the Court. I have testified in and am familiar with the functions of Municipal, Magistrate, District and Tribal Court. I am a graduate of the FBI National Academy in Quantico Virginia.

Have you ever been convicted of or do you have any pending charges of a felony, DWI or domestic violence? No.

If elected, what would your short- and long-term goals be? My long-term goal would be to return the Court back to the people it’s supposed to represent. I would like the Court to be a place that is free of intimidation and where people feel they have a voice. My short-term goals would start with being fair and compassionate with people but holding criminals accountable for their actions. Being a people’s Court is always the ultimate goal. Being a resident of Sandoval County, I would make myself available to the Courts when needed.

How can people reach you if they have more questions? I can be reached on my Facebook page under Benito Aragon or [email protected]

Do you believe Sandoval County Magistrate Court is fair to defendants and  prosecutors/plaintiffs? Yes.

Why or why not, and how would you address this? The Magistrate Court system is designed to be fair to the public and defendants, however, that objective is dependent upon the integrity, dedication and fairness of the person elected as Judge. If elected I would follow the rules of the Court. I would be fair and respectful to all who appear before me.

What changes, if any, would you make at the magistrate court if elected? I think as a Court of the people, we forget about working adults. The Court hours are always set from nine to five. Those hours don’t always work for someone who may work outside the Cuba area and not able to make it to an afternoon or morning Court. I would try and make an evening Court once or twice a month to accommodate everyone. I also think this would help people avoid getting a warrant or suspended drivers license.

What would you do to decrease crime rates in the county? The Court plays a role in crime reduction just like other segments of the criminal justice system. I think a collaboration of all involved is the most effective way to curb crime. I think holding criminals accountable for their actions and keeping public trust in the Courts is imperative.

What is your philosophy about deciding which defendants should be released on bail while awaiting trial and which shouldn’t be? The Arnold tool was instituted in 2016. As an Officer I feel this tool has failed the citizens of New Mexico by taking away some commonsense discretion from the Judges. With that said I must still follow the rules of the Court. I also feel someone who committed a non-violent crime and has a clean record should not sit in jail just because they can’t afford a bond. 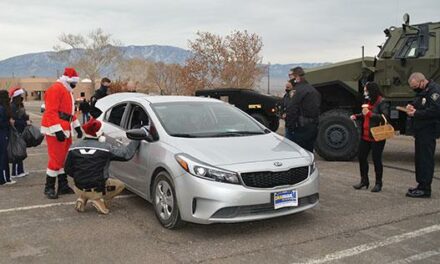 Santa drives a police car: 145 kids get gifts via drive-thru 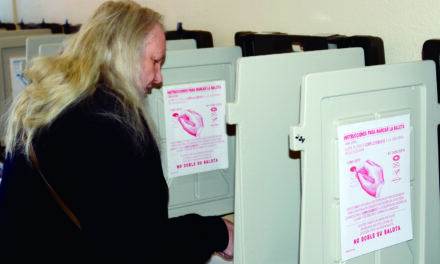