What is today Cuba, located in the northwestern part of Sandoval County, was originally settled by Spanish colonists in 1769.

It was on the northwestern fringe of the Spanish New World empire (1492-1821). It was called “Nacimiento” for the nearby Sierra Nacimiento. It appears by that name on a map by Bernardo Miera y Pacheco in 1779.

The full name of the community was El Naciemiento de Nuestra Señora, which translates as “The Birthday of Our Lady.”

According to “Butler’s Lives of the Saints,” that birthday falls on Sept. 8.

That date is still celebrated in Cuba.

“It was isolated, and the people who eventually settled Cuba seldom traveled to other areas due to lack of roads and the distances between settlements. Isolation was simply something the people of Cuba accommodated and endured. As a consequence, … Cuba retained many of the traditions and practices of the early colonial period until the middle of the 20th century.”

Even so, the community was eventually abandoned, probably because of Navajo raiding in the early 19th century.

It was resettled in the latter half of the century and was called Cuba when the post office was established in 1887.

One source translated “cuba” as a “trough” or a “tank,” while another reported that it meant “cask” or “barrel,” or in the alternative, someone who is drunk. A cubo is a bucket.

The town was for many years home to several sawmills, and the community prospered until the environmental movement in the late 20th century made lumbering unprofitable.

No sawmills remained by the turn of the century in 2001.

A well-known resident of Cuba was Walter R. Hernandez, who was in part responsible for bringing electrical power to the area in 1948.

Born in 1893, Hernandez was a member of the New Mexico National Guard from 1924 until his retirement as a brigadier general in 1964.
He and his family were in the lumber business and owned the old hotel on Cuba’s main street.

DON BULLIS’ NEWEST BOOK ‘NO MANURE ON MAIN STREET: A Historian’s Diary of Western Movies’ is now available from RioGrandeBooks.com. 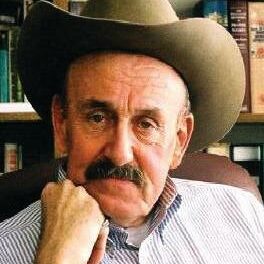 Our View: Keeping up with media trends

Letter to the editor: Guilty until proven innocent in med-law