Amid concerns over the Delta variant driving up New Mexico’s COVID-19 cases, Rev. Charles Becknell Sr. looks to help persuade under-served or wary community members in Rio Rancho and Albuquerque to get vaccinated.

That’s why Becknell, who heads Rio Rancho’s Emmanuel Missionary Baptist Church, is putting together a vaccination clinic Saturday from 10 a.m. to 2 p.m. at Church of Christ-Rio Rancho, at the intersection of Southern Boulevard and 22nd Street.

“People probably feel more comfortable coming to a church for a vaccination than other locations, say a pharmacy or wherever else they have them,” he said.

Becknell said one doesn’t need to make an appointment prior to arriving to get a shot, nor bring a health insurance card.

However, he also said those under 18 need to have a parent or guardian with them so that adult can give consent for the minor to get vaccinated.

Becknell said he was able to facilitate the clinic with the help of a vaccine roll-out grant he received from Con Alma Health Foundation, which is based in Santa Fe. He also said several other Rio Rancho churches support the effort.

Becknell said the target demographics for the clinic are minorities, including Black and Hispanic people, and 12- to 18-year-olds, a group that remains largely unvaccinated and has been hit harder by the Delta variant.

“The Black and Hispanic communities have (been) traditionally under-served, and there’s a reluctance to get the vaccine,” he said. 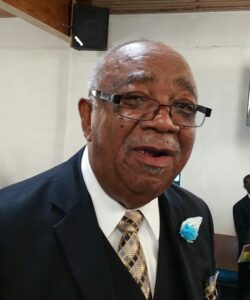 Reverend Charles Becknell Sr. of Rio Rancho’s Emmanuel Missionary Baptist Church is putting together a COVID-19 vaccine clinic, scheduled from 10 a.m. to 2 p.m. on Saturday at Church of Christ-Rio Rancho, located at the intersection of Southern Boulevard and 22nd St., to help persuade minority community members to get vaccinated.
(Photo courtesy of Reverend Charles Becknell Sr.)

Becknell said that reluctance stems from the Tuskegee Syphilis Study, an ethically abusive study between 1932 and 1972 that saw hundreds of African-American men with syphilis go untreated. He also said other sources of reluctance are how fast the vaccines were developed, plus some people not wanting to put any foreign substance in their bodies.

To combat fears, Becknell and his church are educating people about the data behind the vaccines and the community impact of getting vaccinated.

Although Becknell’s particularly reaching out to the aforementioned demographics, anyone can get a shot at the clinic.

“This is about everybody,” Becknell said. “Everybody needs the shot. If we can pull in some minorities and the general population, then that’s how (it’ll) go. Everybody needs to be vaccinated.” 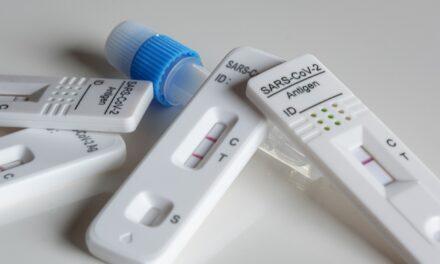 Currently Corrales: There’s plenty to do in Corrales