The New Mexico Legislature’s Citizen Redistricting Committee (CRC) has completed the review and prepared a final recommendation for Congress, the New Mexico Senate and the New Mexico House of Representatives.

Legislators will meet in December to complete redistricting, which will impact our community for 10 years.

Proper representation is key to Rio Rancho and northwest Albuquerque, as this area is the fastest-growing in New Mexico, whereas much of the state lost population, including Albuquerque east of the river.

The needs in our region are immense, with a particular need for infrastructure.

Albuquerque only has two truck-rated roads, which creates traffic snarls.

The extension of Paseo del Volcan would create jobs similar to the boom East Valley Phoenix experienced when it built the 202.

State and federal funding is dependent on representation, so our fast-growing area easily can experience diluted funding and representation for the next 10 years if we do not rally together to defend our voice to continue building a strong community.

The goal of redistricting is improving representation and ensuring cities, towns and villages are contiguous for building on synergies within a community.

Based on our review of the maps, there are very few options that keep Rio Rancho together in one Congressional District or that will properly account for representation in our growing area.

The final report going to the Legislature can be found at nmredistricting.org.

The only map presented by the CRC for legislature review that keeps Rio Rancho together in one congressional district is Map A.

Splitting Rio Rancho can be perceived as an effort to divide a vibrant city and reduce the voice of New Mexico’s fastest-growing city. Rio Rancho would be the only major city in the state split up.

Rio Rancho has 105,000 residents, so Rio Rancho/Corrales should have two senators and four representatives.

In addition, northwest Albuquerque (ZIP codes 87114 and 87120) has a population of 127,000, with representation consisting of 2 ½ senators and four representatives.

The county has about 150,000 residents, so ideally the county should have a northern district (5), an eastern district (1) and the remaining three seats covering Rio Rancho’s 105,000 population.

Please reach out to your elected officials at the state and county level or the Rio Rancho Regional Chamber of Commerce to ensure your voice is heard on Dec. 6 and Dec. 9.

Our community needs to hear your voice!

(Jerry Schalow is the president and CEO of the Rio Rancho Regional Chamber of Commerce.) 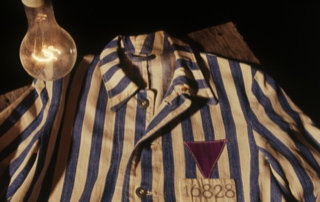