This November, Central New Mexico Community College is proposing an $84 million bond that, if approved by voters, will help with important renovations and sustain new projects at all CNM campuses.

One such improvement is a new facility for teaching trades/applied technologies at the CNM Rio Rancho campus.

Samantha Sengel, vice president of advancement and enrollment strategy for CNM, said the community college is looking at expanding its trades and technology programs by offering a new lab for each skill so teaching can be more flexible.

“We don’t have any info on when the facility will begin construction because we don’t know if the bond will pass,” she said. “After that, we will have a better understanding on when projects could begin.”

Sengel said many of the projects are set up like dominoes, so one project would have to get underway before another could begin.

“All of our projects play into each other,” she said. “What’s good to keep in mind is that these projects are projected to happen over a four-year period.”

Other projects being proposed by the CNM bond include:

• A multi-generational learning facility in the South Valley;

• A traffic-flow improvement loop at the Montoya Campus in the Northeast Heights;

• An outdoor lecture hall/amphitheater on the Main Campus;

• Design, construction and modernization of the Main Campus trades/applied technology facilities; and

• Phase I of a Film Production Center of Excellence to support growing film industry workforce needs.

Sengel said the bond will not increase tax rates, but replace several bonds that have expired.

As for determining needed upgrades, Sengel said the process took over a year of research and was bigger than a master plan process.

“It was really about looking at demand and need in the community and matching demand and need in the workforce with our current facility index and what our current status was in our facilities,” she said. “That plan, called ‘Visioning the Future,’ took a little more than a year to complete, which included community engagement across all of the CNM campuses and communities.”

Sengel said that CNM has been working for a long time with Rio Rancho Public Schools on creating clear career pathways for dual-credit programs.

“We are articulating together how a high school student can make a very clear, direct move into a trade’s pathway or a health-care pathway, which is a very strong pathway right now for Rio Rancho Public Schools kids,” she said.

Sengel said CNM has been working with many people from the trades industry in order to get a better idea of what they need.

“It’s incredibly important for the growth of our economy for us to have the ability to build out and move forward with these types on initiatives,” she said. “We are highly committed to that, and Rio Rancho has a clear picture of that goal.” 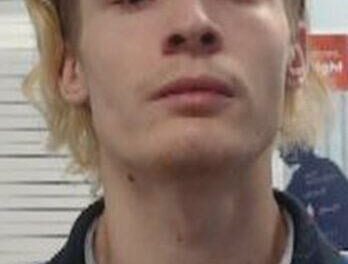