(For the story and photos from the Class 5A girls’ track & field event at UNM on June 26, 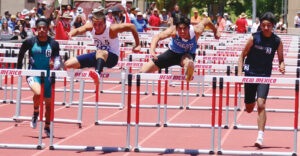 Cleveland’s Antonio Avila, second from right, beats Rio Rancho’s Anthony Heavyrunner, second from left, to the finish line of the 110-meter high hurdles by .01-second for the title.

pick up a copy of the July 4 Observer.)

ALBUQUERQUE — There weren’t very many surprises last Saturday at the Class 5A boys’ state track & field championships, held at the UNM track complex.
Cleveland High School captured the blue trophy for the fifth year in a row, marking the ninth time in the last 10 seasons coach Kenny Henry’s guys have had more than enough to earn a state team title. Volcano Vista in 2015, ironically coached by a man named Shane Cleveland, is the only other team to win a title since 2012, when Henry began taking the Storm to prominence.
“Every guy was there to do what they could for our team’s cause,” Henry said. “They all have so much pride in each other and our school. An unforgettable group of guys.”
The Storm finished with 132 points, a comfortable 60.5 points ahead of runner-up La Cueva. Rio Rancho also brought home a trophy, finishing third with a score of 68, in the 19-team field.
Here are the names and events in which the city’s boys teams were among the top-six finishers; only the top six received points, with times/distances listed for the top three finishers. 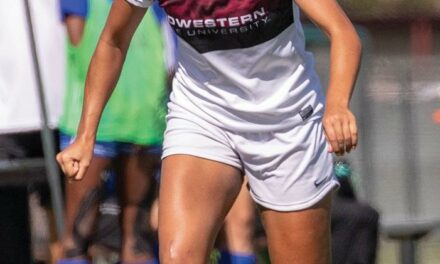 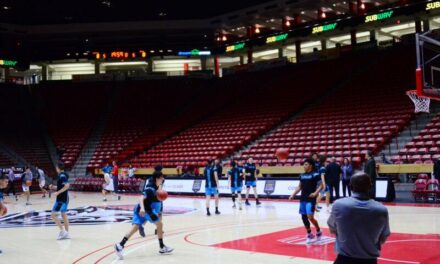 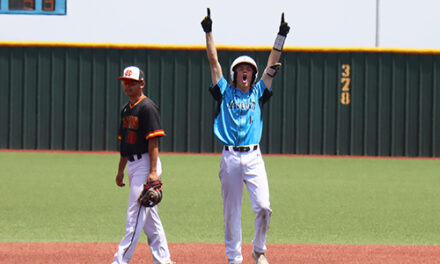