The State of New Mexico and the City of Rio Rancho are investing in a water-rich future.
Water use has decreased in the state by reducing irrigated agricultural acreage and using better business practices, according to State Engineer John D’Antonio Jr.
The March 30 NAIOP meeting, “We’re in a Serious Drought,” dove into the issue of water in New Mexico and its future.
From 1995 to 2015, there was a 29 percent decrease in the water usage of irrigated agriculture in the state. More updated data will not be available until the end of 2021.
In 1995, New Mexicans used about 4.5 million acre-feet of water. An acre-foot of water is about 326,000 gallons.
That amount is not significant water usage compared to other states of similar size, D’Antonio said, although those states have a larger water supply.
“The drought in New Mexico is really bad,” he said.
As of March 16, about 54 percent of the state is in a “D4” status, or exceptional drought, the driest level. The least dry areas are in a “D1” status, or moderate drought, he said.
“It is not getting any better with respect to the forecasting, seasonal droughts and above-average temperatures and below-average precipitation as predicted over the next couple of months in the region,” he said.
The state’s Interstate Stream Commission requested about $750,000 to put together a comprehensive water plan, D’Antonio said.
“The state legislature did not approve any funding for our state water plan, so that is a concern, for us,” he said. “We are not going to let that deter us; we are still going to move forward.”
D’Antonio presented a 50-year water plan consisting of researching water data, climate and drought, forest health and watershed health, as well as doing education and outreach.
Challenges D’Antonio considered in the plan include climate change, the state’s growing population and the gap between supply and demand.
“We have a lot inadequate infrastructure throughout the state of New Mexico and a lot of resources constraints on water administration and, of course, the litigation with Texas is a big strain on resources,” he said.
The plan will address each of these challenges and evaluate them between sectors of the state and the state as a whole, D’Antonio said. This plan also includes outreach describing what residents can do to help conserve water.
This plan’s main goal is to reduce risk, improve water resilience and create a realistic and sustainable plan for the next 50 years, according to D’Antonio.
He said every local government should have a water plan.

“Over the years, we’ve made significant investments in water conservation and preservation,” Rio Rancho Mayor Gregg Hull said.
The spirit of Rio Rancho’s Water Resources Management Plan is conservation, Hull said.
The plan, last updated in 2020, is revised every five years and outlines six broad areas. According to the city website, these areas are:
• Water conservation;
• Education and outreach;
• Water reuse;
• Water supply and infrastructure;
• Source water protection;
• Economic development; and
• Enforcement.
“The Water Resources Management Plan outlines and prioritizes the city’s water resources policy initiatives, identifies lists of actions in support of each initiative, as well as the responsible parties, and provides a schedule for implementation,” according to the website.
Since 2001, Rio Rancho has expanded water conservation efforts, decreasing its water usage, according to the website. Residents in 2001 used over 187 gallons per capita per day; in 2019, residents used less than 100 GPCD.
Hull said the city has many efforts to conserve water, but three key areas are:
• The aquifer injection project;
• The replacement of failing residential plastic waterlines; and
• The expansion of Wastewater Treatment Plant 6.
“Those are three strong areas of investment to make sure we are protecting the long and viable water future of the city,” Hull said.
The aquifer injection project with a site near Cabezon pumps nearly a million gallons of cleaned water into the aquifer per day. This is equivalent to putting a 5 million-gallon tank in the ground every five to six days, he said.
This is a win-win scenario because it preserves the aquifer while keeping in mind future generations in Rio Rancho, Hull said.
“Now the nice thing about us doing that, is it protects the long-term viability of the aquifer, and under our current permits with the State Engineer’s Office, it allows us to put that water down in there as if we were storing it in a holding tank somewhere,” Hull said. “So, somewhere in the future, whatever water we put in the aquifer, we have an agreement that we get to pump it back out without purchasing any additional water rights or getting additional pumping permits.”
The city is under an obligation to buy water rights for about 20 more years, according to Hull.
“Because of our conservation efforts that we put in our water management plan, the City of Rio Rancho has done amazingly at cutting its use over the years, and when I say the City of Rio Rancho, I mean its residents,” he said.
The city is permitted to pump 24,000 acre-feet per year, but residents use about 14,000 acre-feet per year, he said.
About 30 percent of residential plastic waterlines have been replaced in Rio Rancho, he said.
According to a past Observer article, last year, Wastewater Treatment Plant 6 was upgraded with:
• Additional coarse screens and a building to house them;
• A new generator pad;
• An upgrade to fine screens; and
• More aeration basins.
With these improvements, the plant’s capacity to handle wastewater increases from about 1.2 million gallons a day to 1.8 million, according to that Observer story. Hull said that investment allowed for wastewater to be cleaned to a higher quality and would provide more water for aquifer injection in the future.
For more about the city’s water plan, visit rrnm.gov. 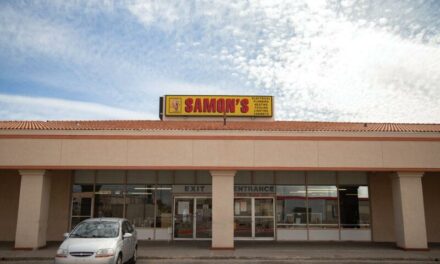 Fire weather
August 2, 2021, 8:48 pm
Come as close as possible to the heart of your community.
Subscribe Today!
Rio Rancho Observer