Some individuals at City Hall been withholding or delaying access to information that you, our tax-paying readers, have a right to see, and we’ve had enough.

The problem has been gradually worsening for years, and it’s finally come to a head.

We at the Observer have worked hard to follow the rules for getting information and talking to city employees, even if it meant jumping through multiple hoops. We’ve done everything in our power to report accurately and fairly on city government (and everything else).

Yet, our access to documents and people has been increasingly blocked.

Sometimes the spokespeople at City Hall are great, providing whatever information we need quickly. Other times, for reasons that aren’t usually clear, they refuse to grant our requests.

Recently, the fire department was forbidden to send us a press release about firefighters — on their own time, with private money — building a home access ramp for a resident in need. We were only allowed to print a submitted photo after the project day.

Then, we weren’t allowed to interview newly returned Economic Development and Business Relations Manager Matt Geisel, who held that position before becoming the state Economic Development Department secretary under former Gov. Susana Martinez. We’re told we can talk to him later, but no one has let us arrange an appointment.

Not only are those positive stories, but the taxpayers also have a right to know about them.

The final straw came when we realized the city had been withholding reports of juvenile arrests. The city attorney insists the New Mexico Children’s Code prohibits the city from releasing juvenile arrest reports to us, even with identifying information redacted.

The thing is, the confidentiality portion of that law doesn’t specifically mention arrest records and appears to have been last updated in 2009. The New Mexico Attorney General’s Office, on page 13 of its most recent Inspection of Public Records Act Compliance Guide released in 2015, specifically says juvenile arrest records cannot be withheld because there is no law protecting them.

Even if the law protected the confidentially of juveniles charged with a crime, we should have been able to get the reports with identifying information redacted.

We’re waiting for a new opinion on this situation from the attorney general’s office, but we’re not going to just let this issue go.

Our readers pay the salary of every city employee and fund every city project, so they have a right to know about what their money is funding. The city is digging up reasons to withhold information instead of trying to release as much as possible, thus impinging on the rights of the people.

The problem has only worsened as we’ve tried to comply with tighter requirements on getting information.

We’ve spoken with the new city manager, who said he was unaware of the situation and would look into it and call back the next day.

That was over a week ago, and as of press time, we still haven’t gotten the call. We can only deduce that he won’t overrule his staff on this matter.

Governing body members can hire or fire only the city manager, so they have little authority over other city employees. To alter the situation, they’d have to change city ordinance, which takes a lot of effort and a majority vote, or jointly instruct the city manager to do something about the issue.

So, readers, we’re turning to you. If you believe the city should freely provide us, and therefore you, with information whenever it’s not forbidden by law, please ask city leaders to takes steps to remedy this situation.

Our View: Hospital mill levy obligations need to be met 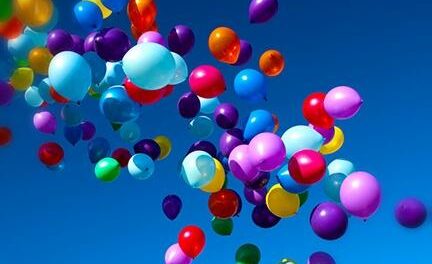