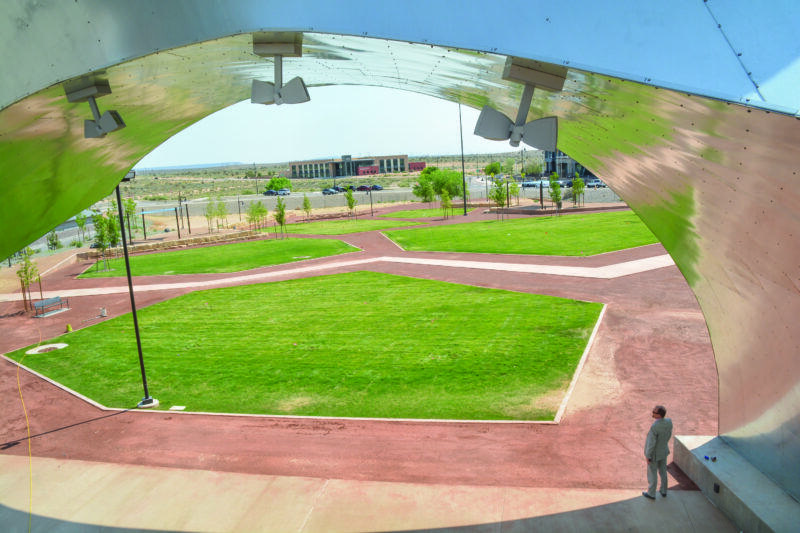 Rio Ranchoans can celebrate the lifting of most pandemic restrictions and a new iconic park along with Independence Day.
In addition to a ribbon-cutting for Campus Park in City Center, the City of Rio Rancho is hosting live music and a fireworks show at that park starting at 6 p.m. July 4. Admission is free.
Construction of the first phase of Campus Park began in the spring of 2020 and is scheduled to finish just before the Independence Day celebration. Centered among City Hall, the Rio Rancho Events Center and HP, it features the Sky Room performance space with an amphitheater, a stone labyrinth, shade structures with picnic tables, restrooms and more.
“From a functionality standpoint, this is really an opportunity to identify a cultural aspect of Rio Rancho,” said Mayor Gregg Hull.
He hopes it will become a symbol of the City of Vision.
“It’s my vision to use this to bring all the communities of Rio Rancho together,” he said.
The July 4 celebration is the first event at the park.
Gov. Michelle Lujan Grisham announced earlier this month that New Mexico had reached the goal of a 60 percent COVID-19 vaccination rate among eligible residents, so she is opening the state Thursday. There will be no limit on large gatherings.
The time frame and uncertainty of whether pandemic restrictions would lift didn’t leave city staff with enough time to organize a parade, Hull said. The 44th Army Band and New Mexico Philharmonic are set to play before the Fireworks Extravaganza.
People can watch from the park or their vehicles around City Center, according to a city news release. Attendees may bring blankets, umbrellas and ice chests, but alcoholic beverages, individual grills and glass aren’t allowed.
Food vendors will be on site, according to the release.
“I invite Rio Ranchoans to not only celebrate our nation’s Independence Day, but to also enjoy a night of music and fireworks,” Hull said.
The 5-acre first phase of Campus Park cost $3.34 million, with the money coming from the city Higher Education Gross Receipts Tax, 1 Percent for the Arts Bonds and general city funding, according to the release. The second, final phase will develop 2 acres.
Campus Park was designed to serve as an extension of the University of New Mexico Health Sciences Rio Rancho Campus, as well as green space for people working in City Center and a gathering place for the community.
Hull said it could be an after-hours venue for people leaving events at Rio Rancho Events Center.
“Our college students can come relax in the park while they do their homework,” he continued. “Citizens can put on cultural events here.”
Campus Park has wireless internet access and electrical outlets. The landscaping is made up of lawns among natural, drought-tolerant xeriscaped area.
“One of the design elements of putting the park here is preserving the view of the mountains,” Hull said.
The Sky Room has a metal mesh exterior that allows the frame to be lit from within at night. The amphitheater can seat about 150 people, and the Great Lawn can hold 5,000, he said.
An earthen dance floor is near the labyrinth. The park is open to leashed pets.
Officials haven’t found funding for Phase 2.
“But now doing it in phases allows us to be more creative with the next step,” he said. 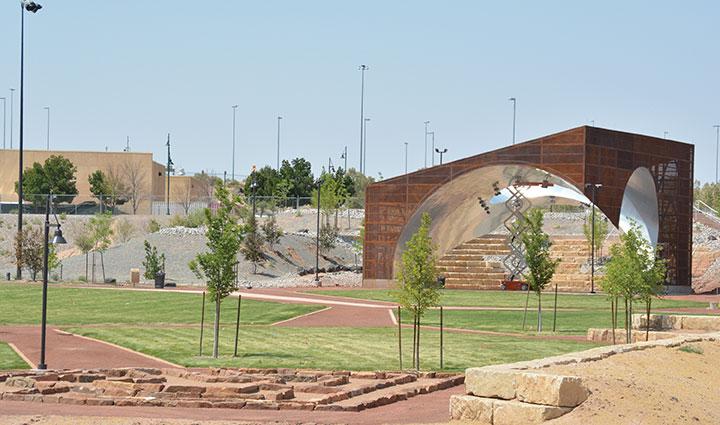 This view of Campus Park from King Boulevard shows the stone labyrinth in the foreground, the lawns and the Sky Room, being completed back right. The rock amphitheater is visible through the Sky Room. Rio Rancho Events Center is in the background at left. Argen Marie Duncan photo. 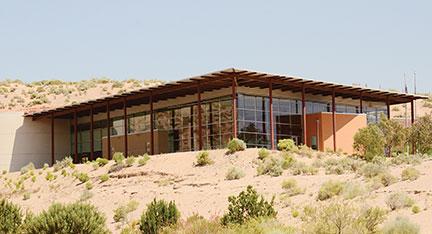 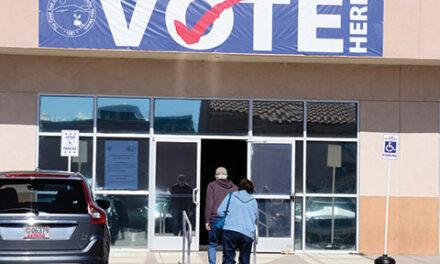