The City of Rio Rancho has four finalists for the city manager position, including the current economic development and business relations manager.

As per the city’s charter, the governing body has screened 33 applications, interviewed six candidates and provided four names to the mayor for consideration, according to a city news release. The mayor is required to receive three to five names.

Next, the mayor must appoint a city manager from among the finalists, notify city councilors of his decision and reach an agreement on an employment contract by Tuesday, according to the city charter. Mayor Gregg Hull planned to interview each finalist again, one on one, last week, according to the news release.

For Hull’s appointee to be hired, a majority of the governing body must approve the appointment and contract. The matter is set for consideration at the regular meeting April 22.

“The city manager search process was delayed and extended due to COVID considerations,” Hull said in the release.

Wells is scheduled to return to his deputy city manager position after the completion of the city manager search process or on May 17, whichever happens first, according to the release.

In that position, according to his résumé, he supported 150-plus companies in creating about 7,500 jobs. Those efforts included recruiting Netflix, Keter Plastics and two Asian foreign direct investment manufacturers to the state.

Geisel also worked for the City of Rio Rancho from 2009-16, starting as convention and visitors bureau manager and film industry liaison, and becoming the economic development and business relations manager for the first time in 2014, according to his résumé.

He came to the city from Pulte Homes of New Mexico, with which he was the director of sales and marketing for the Loma Colorado subdivision in Rio Rancho.

According to his résumé, Geisel earned a Master of Business Administration from the University of California-Los Angeles and a Bachelor of Arts with honors in Economics and Spanish from UC-Davis.

Hutka has a Master of Public Administration in land planning and public finance from Harvard University, a Bachelor of Science-Engineering in structural and water/wastewater civil engineering from Princeton University and a public manager certification from Florida State University.

As Broward County director of public works, Hutka led nine divisions handling water and wastewater systems, trash and recycling, streets and bridges, and more, according to his résumé. He increased efficiency and service quality while reducing expenditures, he wrote in the résumé.

Before that job, Hutka was the director of municipal program management for HNTB Corp. in Indianapolis from 2006-09, working as a consultant to local governments.

From 2001-06, he served as city manager of Port Huron, Mich. According to his résumé, he championed public-private partnerships, implemented a plan reducing downtown vacancy from 40 percent to 8 percent, helped decreased vacancy in a city-owned industrial park from 30 percent to 5 percent and completed reconstruction of the city’s water, sewer, storm water and street systems, according to his résumé.

As Clark County manager, Henessee oversaw 1,800 employees and a total budget of more than $400 million serving 480,000 residents, according to his résumé.

Before that, he served as city administrator of Pleasant Hill, Mo., from February 2017 to July 2018. His work there included starting participation in the Missouri Main Street program, implementing a new trail development program, overseeing all city employees and departments, and creating budget plans, according to his résumé.

His longest tenure was as assistant director of Jackson County, Mo., where he worked from 2002-15. According to his résumé, he supervised the operation of offices in two towns, performed legal research, drafted legislation, oversaw the reorganization of the Jackson County Municipal Court and implemented an electronic recording and commerce system.

Gardiner has a Master of Urban and Regional Planning and Bachelor of Science in Management from Alabama A&M University, and a Bachelor of Arts in Economics from St. John’s University in Minnesota.

As East Point city manager, he oversees 580 employees and a $173 million budget, according to his résumé. Among accomplishments there, Gardiner lists revamping the organizational structure, eliminating the need for short-term loans to cover general fund expenses and creating an information technology department.

Also, Gardiner was the city administrator of McDonough, Ga., from 2012-14. He oversaw 166 employees and a $22 million budget to serve about 22,500 residents, according to his résumé. His list of accomplishments there includes negotiating purchase and construction of a police and court complex that saved the city almost $2 million, implementing in-house IT services to allow technology upgrades and reorganizing planning and development to enhance the city’s “economic presence” and business-friendliness.

He was director of planning and development services in the city of Griffin, Ga., from 2004-12.

To see the finalists’ résumés, visit the city website, rrnm.gov. 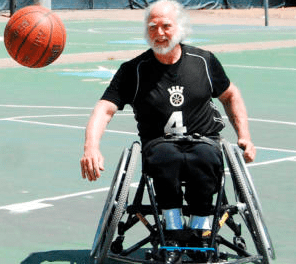 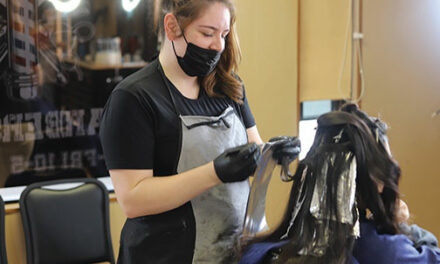