Home » Sports » Chris Newsome: Once a Leopard, always a Leopard

Chris Newsome: Once a Leopard, always a Leopard 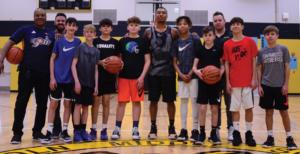 The seventh-grade boys basketball team at Lincoln Middle School got a rare treat the afternoon of Feb. 10: a visit and brief clinic of sorts from a professional basketball player.

And not just any pro; this guy was once a Lincoln player, and his father, Eric, once helped coach the youngsters — in the old gym, naturally — with Vince Metzgar when Chris Newsome was a student there.

Newsome had an hour or so to check out the new gym and some current cagers, and he was happy to go through a few drills with them, including how to take advantage of a defensive player’s stance and get around him on offense.

Newsome went from a Leopard to a Ram, and was a key member of the Rio Rancho High School team’s run to the 2007 Class 5A championship — a team that opened the season with a 1-1 record before running off 29 consecutive wins and snagging the blue trophy at The Pit.

“On our 2006-07 team, he didn’t get as much publicity as Marcus (Williams), Daniel (Steffensen) and Noah (Wolfe) did, but he was just as important,” coach Brian Smith recalled. “He had a great work ethic and was an incredible team player, who defended well, slashed to the basket, finished above the rim, knocked down the open jump shots and was very vocal.”

A member of the RRHS Class of 2008, Newsome was no slouch in football, as a wide receiver, and track & field, as a sprinter and jumper. His father, Eric, said his son got his start playing soccer.

But, obviously, basketball was where his future was.

“I first became aware of Chris when he attended Junior Rams camp when I was an assistant coach,” Smith said. “I remember at a young age that he was athletic, coachable and hard-working.  When I was hired for the Rio Rancho job, I went to watch the boys play at Albuquerque High in the auxiliary gym for a summer game that they were in.

“As an incoming sophomore, Chris immediately stood out to me as a kid with a lot of athleticism and potential — I knew going forward that he was going to be special. What I loved most about him was his personality on and off the court,” Smith continued. “His smile was contagious and his joy for life and what he was doing made others around him better. He and Marcus fed off each other a lot in games and made the team better.”

Newsome, a Filipino-American, was one of four siblings to play basketball at RRHS, much like the four Pattersons and quartet of Steffensens. Last October, he was inducted into the RRHS Sports Hall of Fame.

“I’m so proud of Chris for all of his accomplishments and his drive and determination,” Smith said. “He has persevered through a lot in his career and he has had a lot of well-earned success, but I’m most proud of the man he has become. He gives back to his community, takes care of his family, treats people right and is a man of high morals and character. He is such a positive role model.”

Loves to return to RR

Newsome hasn’t forgotten those Rio Rancho roots, thus the visit to the LMS campus, which now sports a photo of Newsome, 29, from his Leopard playing days; with the Bolts, he wears No. 11, just as he did with the Rams and the team he played for after that, the New Mexico Highlands University Cowboys.

When the Philippine Basketball Association’s 2020-21 season begins on March 1, Newsome hopes to lead his team to the All-Filipino Cup playoffs for the first time in half a decade, which is conceivable, considering the Bolts made it to the finals of the best-of-seven Governors Cup, ending the league’s 44th season and falling in five games.

With his father, Eric, trying to wait patiently before delivering his son to the Albuquerque Sunport for his trip back to the Philippines, Newsome had a lot of good advice for the youngsters.

“I started doing something every day to get better at basketball,” Newsome told the LMS cagers. “Something that I do every day is I shoot 100 free throws every single day before practice. (My dad) counts them, he rebounds, he passes to me.

“My record is 98 out of a 100,” Newsome said. “On a bad day, I might hit like 85, 86. But I wasn’t always able to do that. … (It’s) something that I focused on and said, ‘Hey, if I’m going to be a basketball player, I’m gonna make sure that I get better at basketball every single day,’ even if it’s just shooting free throws. Even if it’s just dribbling the ball for five minutes, you know you’re getting better.”

Newsome had more advice: “You have to put in the hours … anything that you do is gonna take practice,” he said. “I can actually stand here before you guys, honestly telling you that I worked so hard to be where I’m at today. … Sometimes I show up to the game three hours early, or four hours early, I’ll get at least 500 ‘makes.’ Before a basketball game, I make 500 shots. That’s crazy, right?

“Just remember to work hard, and I’m proud to be here, talking to you guys,” Newsome said. “It’s been a long journey. … I’m just here to let you know it’s not impossible. If you want that varsity spot, nobody’s gonna give it to you. … I was right there, where you guys are — I was a dreamer and my hard work got me all the way to where I’m at now.”

Be responsible and study, Newsome reminded them, adding that he has secured his college degree — he does some NBA, PBA and college basketball commentary — for CNN Philippines.

“That is really neat that he was able to go back and talk to the kids,” Smith said. “He’s a perfect person to do that.” 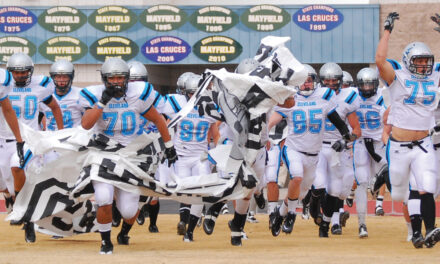 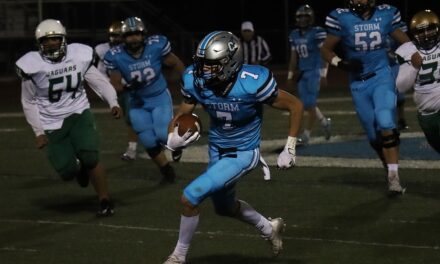 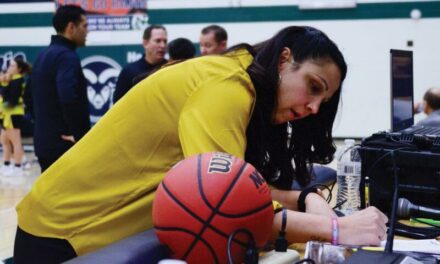