For the last few years the New Mexico Legislature has undercut funding for municipalities by reducing their so-called “hold-harmless” reimbursement.
Hold-harmless payments were enacted to compensate local governments for their revenue loss as state sales tax on food are being reduced in annual increments between 2015 and 2030.
The sales tax cuts were intended to provide tax relief for lower-income families. Ironically, those cuts could lead to cutbacks in city programs and services for those same families and other city residents.
The New Mexico Municipal League and many of its member cities expressed alarm over these “hold-harmless” cuts.
But rather than accepting this gloomy fate — or raising taxes or cutting services — the City of Rio Rancho is proposing to create a permanent fund to generate ongoing income for future city budgets.
The change requires an amendment to the city charter, which will require city voter approval. As it happens, charter review is underway to keep the city’s founding document up to date as times and needs change.
Thanks to efficient city operations and conservative budgeting over the last few years, the city now has $10 million available in its ending budget balance to establish the permanent fund.
In its first year, the fund is forecast to earn $338,500. By the 25th year, city permanent fund interest earnings could increase by $752,557 annually.
Under the current proposal, 50 percent of those investment earnings will be re-invested in the fund to grow both principal and interest, and the other 50 percent will be distributed annually to the city’s general fund to cover city operating expenses.
Guidelines concerning additional contributions, investments and responsibilities for the management and administration of the permanent fund can be added by city ordinance.
The advantages of a permanent fund are many:
• Continuity: Only investment earnings, not principal, will be redirected from the fund to support city programs and services.
• No tax or fee increase involved: Interest income from the fund will be generated from monies already available.
• Flexibility: The permanent fund distribution may be allocated as needed in the annual city budget, and can change from year to year.
Why Rio Rancho needs this additional funding:
• Of the top five most-populated New Mexico cities’ general fund expenditures per capita, Rio Rancho ranks far lowest, with $596 annually. The others (Albuquerque, Farmington, Las Cruces and Santa Fe) range from $1,079 to $1,782 annually — or three times Rio Rancho’s.
• Rio Rancho’s gross receipts tax revenue per capita is starkly low compared to the other top-five New Mexico cities — from $317 annually in Rio Rancho versus, for example, $1,276 in Farmington.
• The permanent fund is a bold game-changing strategy to set Rio Rancho city government on a strong financial footing as the city grows in population and economic impact among comparable Southwest U.S. cities. It deserves the support of our charter review committee and, subsequent to that, of Rio Rancho’s voters.
(Cheryl Everett is a Rio Rancho resident and former city councilor.)

Commissioners are in NRA’s pocket 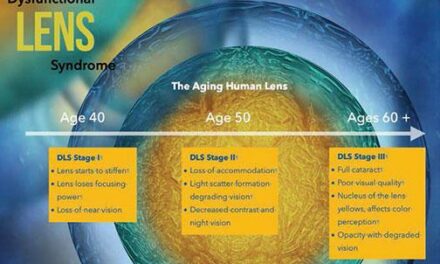