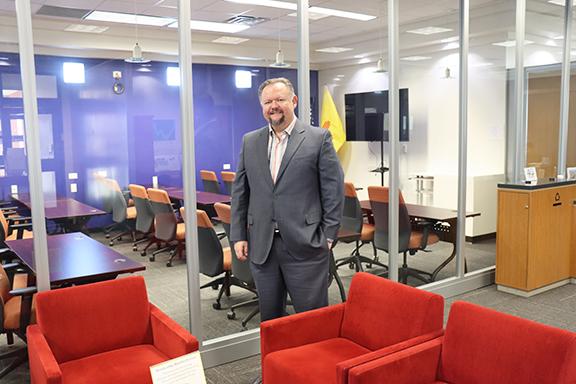 The Rio Rancho Regional Chamber of Commerce moved into its new location at 4201 Crestview Drive on Jan. 10. RRRCC President and CEO Jerry Schalow said the new building is about 5,000 square feet, roughly 2,000 extra square feet of space compared to the prior location. Matt Hollinshead photo.

As Rio Rancho grew over the last two decades, the Rio Rancho Regional Chamber of Commerce looked to expand and meet needs.

RRRCC found such a place to be bigger and better, figuratively and literally.

The chamber officially set up shop at its new 5,000-square-foot location at 4201 Crestview Drive, next door to Target, on Jan. 10.

RRRCC President and CEO Jerry Schalow said the new building, which RRRCC’s board of directors named the Business Innovation Growth Center, will house the chamber and its business partners. He also said there will be more options for training and extra meeting space.

“We’re pretty much all moved in. We’ve had some supply challenges, as you can imagine when you’re doing a buildout, but almost everything is complete,” Schalow said, adding all there’s left to tack on is a door. “We’re very excited about this.”

The new location has a larger conference room holding up to 45 people, a board room capable of holding 20 individuals and individual community meeting rooms so people can jump on the internet or meet with someone one-on-one.

The new building also features a media room for the chamber to produce its social media videos, something Schalow said the prior building did not have.

He said that even the new board room is larger than the old building’s conference room.

“Even if it’s during working hours, if it’s a student that needs some quiet space… we really want to make this building not only great for our members, but overall just great for the community as well. We want it to be a space that is really one of the central focuses of our community,” he said.

Schalow said RRRCC owns the new building, which used to be a Bank of America location, rather than leasing it. He said the chamber leased the prior building, which was roughly 3,000 square feet, from New Mexico Bank and Trust for 15 years.

The old Bank of America vault has become the visitor’s center.

“This is a dedicated space. It’s the perfection vault of information. And it offers a wide range of not only tourism type things, but if you’re relocating to the area, then you can also get packets and information there as well,” Schalow said.

He said the entire vault space will be “continuously evolving” as it becomes more of a hands-on, digital format. He also said the new facility will store even more available information through its business directory.

Schalow said the chamber’s still working on getting signage amid ongoing supply-chain woes, but everything’s pretty much set to go otherwise.

Schalow said the new building’s visibility is present and centralized.

The chamber will hold its public grand opening at 5 p.m. Feb. 22. 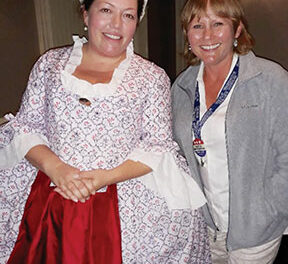 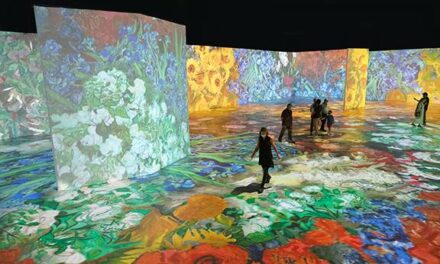