The defensive misfortunes kept on coming for the Cleveland Storm, one thing after another. 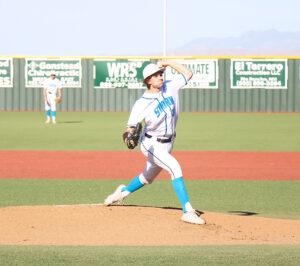 Cleveland pitcher Jace Dominic fires a pitch against Centennial in Game 1 of a 5A state baseball playoff series opener on Friday, May 6, 2022, at Cleveland High School. (Matt Hollinshead/Observer)

Fielding errors. Wild pitches. A high liner flew over first baseman Austin Barela’s head and straight into right field. At least one instance of miscommunication in shallow right field, leading to a double. Pitcher Jace Dominic was unable to grasp the ball off a short grounder, leading to an extra runner on base.

It was constant, resulting in a 9-0 drubbing at the hands of Centennial in Friday’s 5A state baseball playoff series opener at the Shock Yards.

“They put the ball in play. Found a couple holes… It is what it is,” Storm coach Shane Shallenberger said. “We didn’t get any breaks that game, by all means. We didn’t help ourselves out, for sure.”

“Credit to their pitcher. He threw well, and we didn’t swing the bats at all today,” Shallenberger said. “He mixed it up well, kept us off balance.”

Dominic threw 5 2/3 innings, surrendering five runs off seven hits, walking three batters and striking out nine. He also committed an E-1 fielding errors trying to get a quick out at first base.

“You’ve still got to go out there and compete, no matter what happens. They just did a good job putting balls in play, and it’s just how it works sometimes,” Dominic said. “We know we’re better than that, and it’s disappointing this is how we started off the tournament.”

“It’s very hard to watch that. We were not swinging the bats to help them out, we’re not making plays to help them out,” Shallenberger said. “It’s very, very frustrating in a game like that. It seemed like we played flat for some reason, I don’t know why.”

In all, Cleveland’s lineup struck out 12 times.

Cleveland’s bats were held to just two hits, a sixth-inning double by Dominic and a seventh-inning single by Barela. DJ Sandoval had a stolen base after getting walked in the bottom of the first inning.

Game 2 of the best-of-three series will be held Saturday at 11 a.m. Game 3 will follow right after if Cleveland takes the second game. 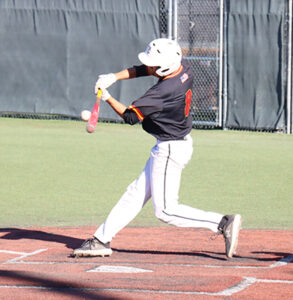 Centennial’s Santiago Garcia hits a lead-off double against Cleveland in Game 1 of a 5A state baseball playoff series opener on Friday, May 6, 2022, at Cleveland High School. (Matt Hollinshead/Observer) 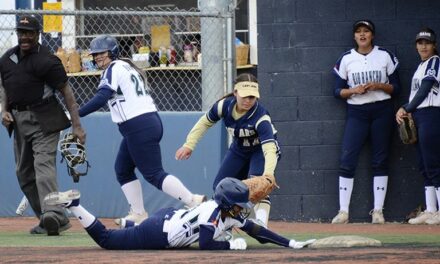 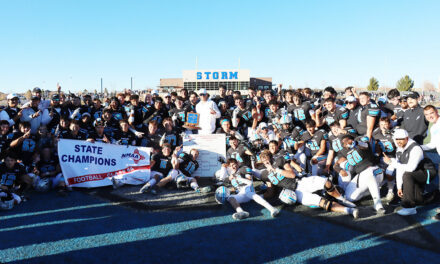 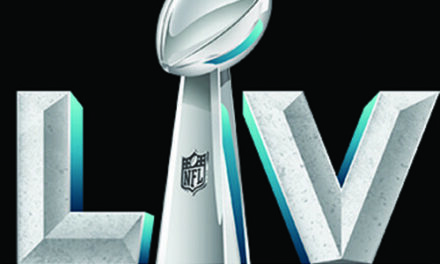