Catching up with the runners; latest cross country results 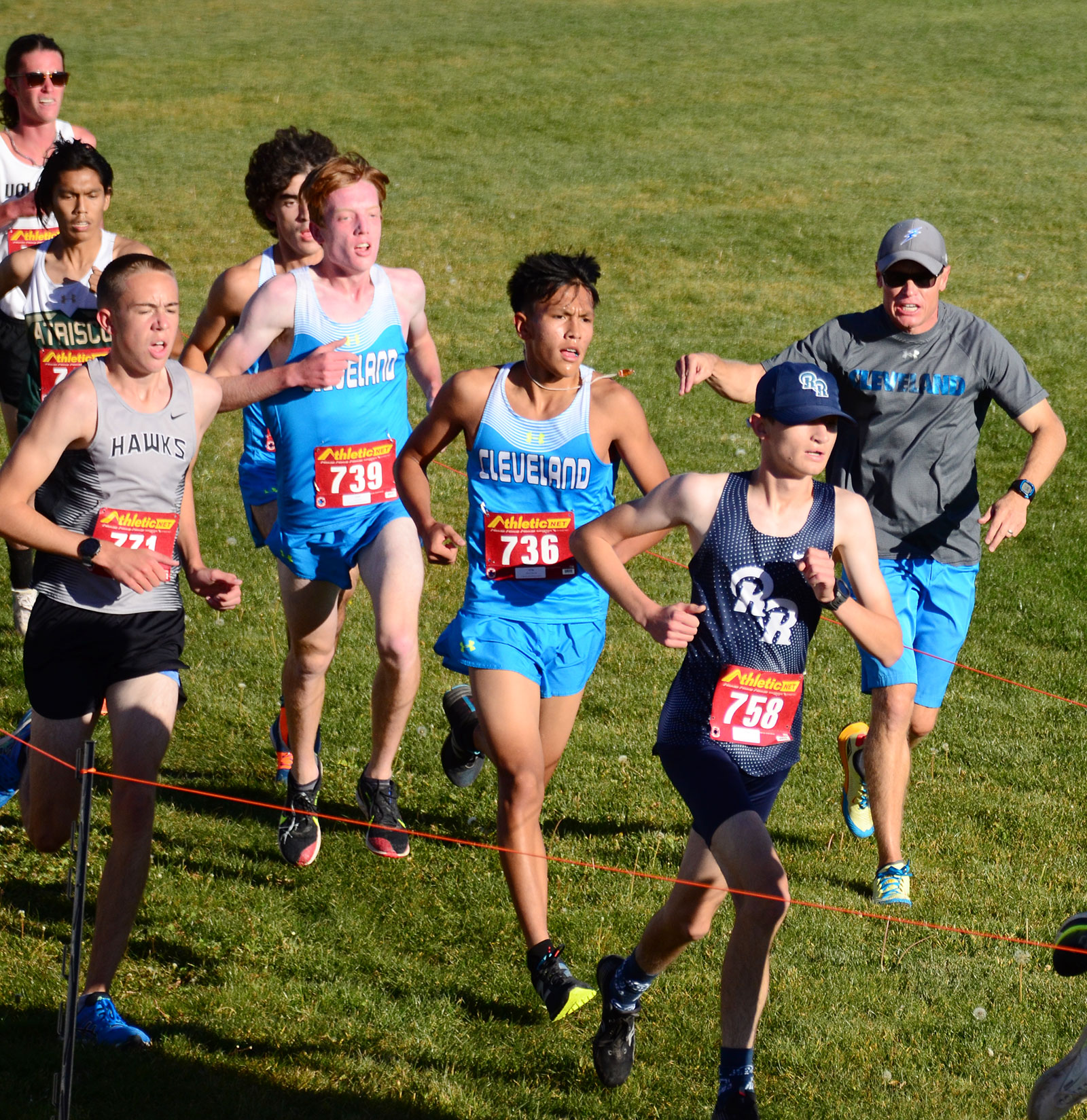 Both teams competed Saturday afternoon at the Class 5A state meet, held at Albuquerque Academy. Back in the spring, when the “2020 state meet” was held, the Storm boys four-peated and the Rams girls — fourth or better the past eight seasons — won their third title in school history.

With all five of their scoring runners among the top 11, the Rams ground out a 34-33 victory over runner-up Volcano Vista.

Gracey Lovato and Violet Francisco — finishing 3-4 — fended off the Hawks’ fifth- and sixth-place runners for a valuable four-point advantage, with Loryn Trujillo and Esther Cameron also finishing ahead of a pair of Hawks, as those Rams came in seventh and eighth. The Rams’ fifth-place finisher, Luciana Martinez-Crook, crossed the finish line 12 seconds ahead of the fifth-scoring Hawk, and thus the Rams’ mere one-point advantage.

“Our girls ran fantastic in my eyes,” noted CHS coach Kenny Henry. “Leah ran the most dominant race of her season and it puts her in a very good place to run for another individual state championship. She has been beaten twice this year and knows she will have to put together a great race, but she is running well right now so state should be fun. Our other girls, all of them, are really selling out. … I have no doubt this group of girls will be fighting to bring home a trophy on Saturday.”

Atrisco Heritage Academy was fourth at district; Cibola did not field a full team, with only two girls running that day.

Rio Rancho’s Dawson Gunn extended his fine senior season with a win, his time of 15:55 a full 32 seconds faster than runner-up Cody Toya of Cleveland.

Right behind Toya was the Storm’s Caden Nunn (16:35), but no other Cleveland runner was among the top 10.

“I was super-impressed with our boys at district. Both Rio Rancho and Volcano have whooped us pretty good all season, but we truly competed with them at district,” Henry said. “Cody Toya and Caden Nunn have run well every race and probably their best yet. … We were closer as a team than we have been all season, which makes our chances at state much better.”

The Hawks’ five scorers each finished 11th or better for a team score of 39 points for Volcano Vista’s first boys cross country team title in 1-5A. The Rams (41), Storm (44), Atrisco Heritage Academy (121) and Cibola (141) rounded out the pack.

Rams second in both
Extravaganza races

In the largest cross country race of the season, the pre-state Academy Extravaganza held at Albuquerque Academy on Oct. 16, the RRHS teams finished second in both races, while the Cleveland boys were third and the girls, without Futey, were sixth.

• With all five of their scoring runners on the 5K course finishing among the top 23 — in a field of 173 runners and 22 teams — the Rams girls were second only to Albuquerque Academy, with three among the top-10 and the 14th- and 26th-place runners.

• After he won the Rio Rancho Jamboree on Sept. 25, Gunn was behind winning Rendon Kuykendall of Hope Christian and Sandia’s runner-up Steven West for the second race in a row: The Kuykendall-West-Gunn finish also occurred at the Oct. 9 APS Metro Championships — and Gunn also was third at the first meet of the season, the Cleveland Invite on Aug. 28.
• District 1-5A teams finished 1-2-3 at the Academy, with Volcano Vista (72 points) winning the 25-team race (201 finishers) with no better finish than a sixth-place runner. The Rams had a score of 109, followed by the Storm (135). Eldorado (159) and Organ Mountain (178) rounded out the top five.

Gunn was a distant 36 seconds behind West, the only 5A runner to finish ahead of him in the premier meets thus far, although West has also finished behind Gunn twice.

Toya and Nunn finished 3-4 for the Storm boys at the Oct. 23 Los Alamos Invitational, won by the host Hilltoppers. Howell had the other top-10 finish — 10th — for the Storm who amassed 56 points. Los Alamos (21) and Academy (84) were sandwiched around Cleveland.

Cleveland and Santa Fe were the only “big schools” at that meet. 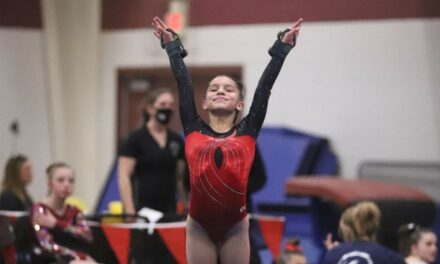