CORRALES — Most breweries wouldn’t dare boast that they have a bad Wi-Fi connection or no televisions.

However, there is one brewery that does, in the heart of Corrales.

Casa Vieja — “old lady house” in English — offers no such modern amenities, which is what co-owner Maria Socha says makes it special.

“A lot of our patrons come here and socialize and take stock in the history of the surroundings,” Socha said. “You really don’t see people on their cell phones; instead they are interacting with each other and enjoying the atmosphere.”

As for the name and age of this 5,000-square-foot home turned brewery, Socha said it’s hard to pin down because of how many changes the structure has gone through since its possible beginning in the 1770s.

“1770 is kind of the date most people go with,” she said. “But supposedly there was a big flood around that time, so we are not sure how old every part of the building is, but the oldest part is the front part and it is definitely from the 1770s.”

“This place has had many incarnations,” she said. “In fact, it sat vacant for about six years before we bought it in 2016.” 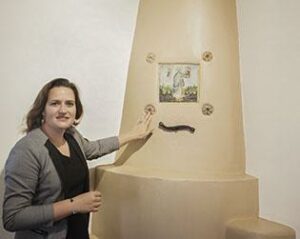 Casa Vieja co-owner Maria Socha points out historic artistry etched into a fireplace in what was once a chapel area of the historic structure.
Photo by Stephen Montoya/Sandoval County

Socha said her family originally converted the property into an event center without an alcohol license.

“This proved to be bad from a revenue standpoint, plus the fact that clients would bring in their own bartender and alcohol, and we had no control over consumption, but we were left on the hook for liability,” she said.

To remedy this, Socha said she and her businesses partners, her parents, applied for a small brewer’s license.

“My dad is a man of many talents,” she said. “He had actually been making his own beer because he thought it would be fun, which worked out for us in the long run.”

According to Socha, with the brewer’s license in place, Casas Vieja was able to act as a brewery between events, plus the added bonus of being able to serve beer when an event was taking place.

“We don’t compete on the scale of the ‘big boys’ like Bosque (Brewing Company) or Marble (Brewery)…as long as we own this, that is not our goal,” she said. “We do small batches of high-quality beer, which is only available here.”

Socha said her dad brews just enough beer to sell locally to those who venture in to enjoy it.

“We love having control over what we do and making sure the quality is high and consistent,” she said.

Another thing that sets Casa Vieja apart from other local breweries, she said, is its large front patio, which hosts an array of indigenous plants and trees.

“This helps cool the outside down and give everyone a sense that they are one with nature,” Socha said.

It was this very patio, along with the fact that Casa Vieja had its brewer’s license, that helped keep it alive.

“It was so coincidental that we just happened to have our own brewery when the pandemic hit,” she said. “Plus the fact that we had a huge patio allowed us to cater to customers all the way through the pandemic.”

Not wanting to avoid the elephant in the room, Socha said she wasn’t nervous when the Ex Novo Brewery opened just down the road from Casa Vieja.

“The craft beer scene in New Mexico is so huge that we knew that we would have our own unique corner of the market,” she said. “Actually, in fact, I think Ex Novo moving in has helped our business because it had increased the number people coming to Corrales.” 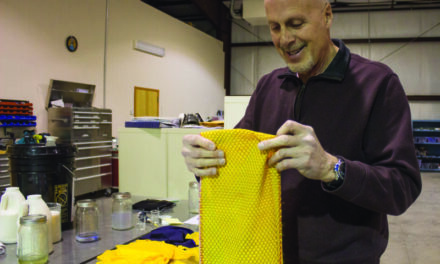 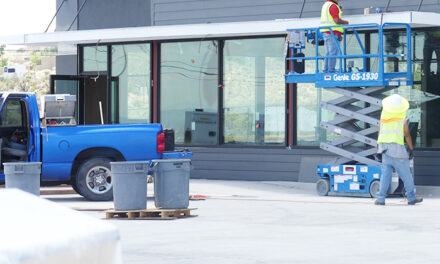 McDonald’s closing in on opening 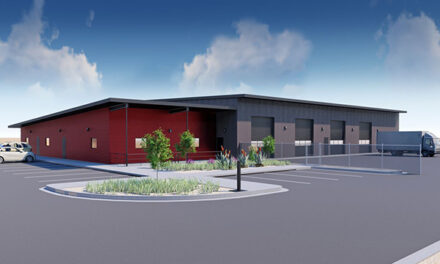