A young adult accused of taking an elderly Albuquerque woman’s vehicle could face over 10 years in prison.

On Jan. 16, 2021, he approached an elderly woman outside her apartment in northwest Albuquerque and asked for a cigarette.

After she told him she did not have any, he demanded her purse and vehicle keys, according to a news release. When she resisted, Rodriguez slashed her hand with a knife, causing her to drop the keys.

He then picked up the keys and left in her vehicle, according to federal indictment and other court records.

An Albuquerque police officer arrived at the scene and relayed a description of the vehicle to the Rio Rancho and Corrales police departments.

The vehicle was later found in Corrales. After a foot pursuit, Rodriguez was stopped and arrested.

Rodriguez, who will remain in custody pending sentencing, could face up to 15 years in prison.

The FBI’s Albuquerque Violent Crimes Task Force (VCTF) investigated the case with help from the Albuquerque and Corrales police departments. 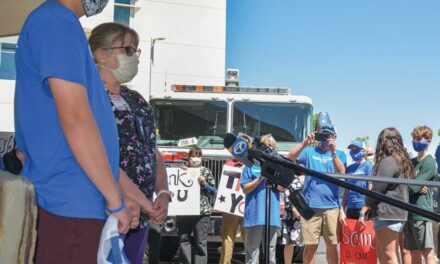