A court battle has arisen over whether the Democrat candidate for the District 57 state House of Representatives seat can continue to run.

The seat represents a significant portion of northern Rio Rancho, and Republican Jason Harper has held it for nearly 10 years. Harper is running for re-election, with Democrat Michelle Eleanor Sandoval challenging him.

Neither has an opponent in the primary election.

Tuesday and Wednesday, 13th Judicial District Judge George Eichwald held hearings on whether Sandoval had enough valid signatures on her nominating petition to run. He ruled that the plaintiff failed to prove enough signatures were invalid to stop Sandoval, so he dismissed the civil complaint.

“It is the plaintiff’s burden to show these signatures aren’t valid,” he said, adding that neither party provided certified records, making their records hearsay. “There’s a lot of hearsay going on here, but it cuts both ways on both sides.”

Eichwald said the plaintiff had five days to appeal the ruling. No appeal had been filed as of 4 p.m. Thursday, according to the clerk’s office.

Sandoval County Bureau of Elections Manager Tina Dominguez said candidates can request a certified voter-registration list that shows all registered voters in a particular area for campaign or government purposes only. She would obtain the list from the Secretary of State’s office and provide it for a regular fee.

No one involved in the case requested those documents from her, Dominguez said.

Sandoval collected 54 signatures on her nominating petition. She needed 39 signatures of registered Democrat voters in District 57 to be able to run.

She submitted her petition to the Sandoval County Clerk’s Office on March 8. On March 16, plaintiff John Botter, represented by A. Blair Dunn and Jared R. Vander Dussen of Western Agriculture, Resource and Business Advocates LLP, filed a civil complaint against County Clerk Anne Brady-Romero and Sandoval.

Brady-Romero said the county clerk’s office isn’t tasked with validating signatures, only counting them, applying a time and date stamp and filing the petition.

After an hour in court Tuesday, Eichwald continued the hearing to Wednesday because the primary plaintiff’s witness, Megan McMillan, was out of state and the parties couldn’t keep up with her testimony and accompanying spreadsheet via Google Meet.

Wednesday, McMillan appeared in person and testified that she reviewed Sandoval’s petition at the request of a Republican group. She said she checked signatures against a copy of the New Mexico Secretary of State’s voter registration file, given to her by the Republican party; the GOP data center; and Google Maps, to check addresses and their location within state House districts.

McMillan testified that names on Sandoval’s petition were invalid because their voter registration wasn’t with the Democrat party, at the address given or in District 57, or they weren’t registered in New Mexico at all.

She said four of the 22 signatures listed on the civil complaint were valid according to her research and two invalid signatures weren’t on the complaint. McMillan also said she struggled to read some of the hand-written names.

By the end of McMillan’s testimony, the parties agreed Sandoval had three too few names on her petition rather than seven.

Although she isn’t an attorney, Sandoval represented herself. She told the court it made more financial sense for her to save for a home than pay a lawyer, and the attorneys who would help her for free weren’t available.

Daymon Ely, a Corrales attorney and Democrat state representative, attended the hearing Wednesday and conferred with Sandoval during a recess.

Sandoval said the challenge to her candidacy was “fundamentally and fatally flawed.”

She said the Secretary of State’s voter database can’t be updated during the period starting 28 days before an election through 35 days after an election. Therefore, she said, her petition signers who appear to have invalid signatures could have changed their registration without it showing up in the SOS   database yet, due to the Rio Rancho municipal election March 1 and resulting runoff election set for April 12.

Only via same-day registration a polling places can people be added to the database or update their registration during that time, per state statute.

Sandoval provided the court with printouts showing valid registration sent to her by three petition signers the plaintiff listed as invalid. She said she went to extreme lengths to verify the registration of the three voters she presented.

“I chose to go this route because I was excited to run,” she said.

Eichwald declined to strike three of the names from the petition, saying they weren’t proven invalid because they weren’t adequately researched or legible. That left Sandoval with just enough signatures, so Eichwald dismissed the complaint. 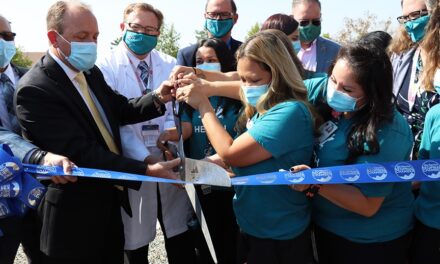