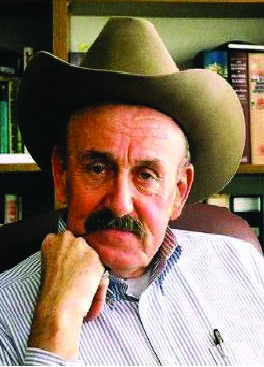 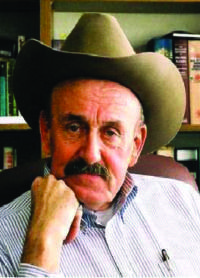 Adobe as a building material has been used in New Mexico since long before the beginning of recorded history.

By definition, it is a natural building material made of mud, reinforced with straw or other substances used as a binder. Frames, roughly 18-by-6-by-10 inches are used to form adobe mud into bricks, which are then baked hard in the sun.

Historically, adobe was used as a building material in Egypt, Mesopotamia and Greece long before the arrival of stone construction in those parts of the world. According to National Geographic Magazine, “The art of making such bricks (in New Mexico) descended from Egyptians, through Moors to Spanish….”

But Native American people were using adobe long before the Spanish arrived in the 1530s. It may well be that sunlight reflected off adobe pueblo walls was mistaken for gold by the first Europeans to view Native communities in the New World.

The process the pueblo people used is sometimes called puddling. It involved making large masses of adobe material that was the formed into walls.

Another method involved using smaller, fist-sized lumps of adobe. Spanish Franciscan padres likely introduced the use of molds for standardizing the shape of adobe bricks.

As a building material, adobe is long-lasting and offers excellent insulation properties. It does require fairly high maintenance.

A process called mudding took place annually in both Native American and Spanish villages. It involved re-covering the entire structure with a new coat of mud. Modern adobe houses may be coated with stucco, which does not require this effort.

An 1886 inspection report on Fort Union in northeastern New Mexico indicated some of the problems with such structures: “(T)he adobe buildings at this post were originally plastered on the exterior to protect them from the washing of the violent storms which prevail here during the summer. This plaster has fallen off, leaving the walls exposed to the weather. There is a heavy brick coping on top of the walls and the underneath becomes furrowed and hollowed out, weakening the walls very much, and the superincumbent weight of the coping renders the wall very insecure. Corners of buildings crack and fall out, whole sides of buildings fall out, occasionally.”

One problem in this case was that army commanders, in their collective wisdom, preferred to use soldiers with no experience to do maintenance on the adobe structures, rather than hire civilian workers who knew what they were doing.

Eventually, some of the fort’s walls had to be propped up with timbers to keep them from collapsing altogether. The fort was closed as a military depot only a few years later.

The term “adobe” is also a building style.

Letter to the editor: Increase tax on tobacco products

Fire weather
April 22, 2021, 11:37 am
Come as close as possible to the heart of your community.
Subscribe Today!
error: Content is protected !!