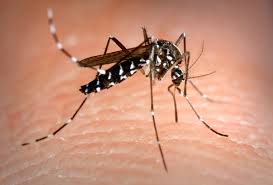 BERNALILLO — A mosquito new to the area and possibly carrying the Zika virus is bugging Sandoval County.

The contract vendor for the county’s Vector Control Program, Paul Sandoval, presented his mosquito action plan to the Sandoval County Commission on Feb. 20, in order to ensure that Zika virus vectors don’t spread.

Vectors are insects or other organisms that can transmit bacteria or viruses.

Sandoval is concerned about the Aedes Aegypti and Aedes Albopictus mosquitoes.

Along with the Zika virus, Sandoval’s team has to be aware of the Vesicular Stomatitis Virus, or VSV.

This is a viral disease that affects horses and cattle. It is spread through insects, like mosquitoes.

“The importance of this VSV is because of the livestock in our county and surrounding counties. Humans are a secondary concern, and we do not see human death as we do in animals. Human infections are like a bad flu, but death is rare,” according to Sandoval’s presentation to commissioners.

“The viruses are moving very quickly,” he said.

Sandoval studies areas that are considered high-risk for mosquito populations.

“Early-season mosquito-control efforts can decrease the risk of eventual Zika transmission and effective control of Zika virus,” according to his PowerPoint presentation.

Communities deemed at risk are advised to prepare a control plan designed to lower the mosquito population.

According to the presentation, this plan includes:

• Reducing the number of mosquito habitats, like damp areas such as rain gutters and discarded containers.

• Adding screens to openings and enclosing air-conditioned spaces, if possible.

• Using the appropriate larval mosquito control or larvicides in a habitat. Larvicides are products or natural agents designed to control mosquito larvae and pupae.

Sandoval was surprised by a West Nile virus case in Rio Rancho in 2019, indicating mosquitoes around King Boulevard.

“We had to start looking at what the problem was and there was a larva site issue. Some of the drains were old, broken, (containing) trash, and mosquitoes were breeding. We think that’s where that came from, but now we’re seeing it in other places we just haven’t seen before,” Sandoval said.

“Professionals need to understand what types and numbers of mosquitoes are in an area,” according to Sandoval’s presentation.

According to the presentation, surveillance studies can include:

• Tracking populations and viruses mosquitoes could be carrying; and

• Assessing the effectiveness of EPA-registered insecticides.

“Our environment is changing and they are adapting,” Sandoval said.

His presentation informs the commission in order for them to give direction to the county manager and public works director for possible renewal of Sandoval’s contract next fiscal year.

The next county commission meeting will be Thursday at 6 p.m. at the Sandoval County Administration Building. 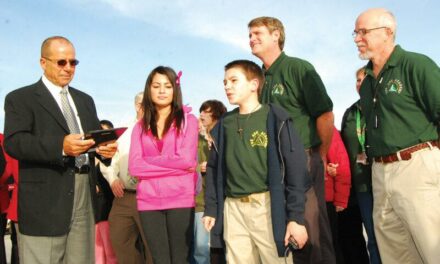