Since 1974, when Stephen King published his first novel, “Carrie,” he has written more than 60 books and 200 short stories, most of which fall into the horror genre, from the vampires in “Salem’s Lot” to the ghosts in “The Shining.”

However, King’s latest novel, “Billy Summers,” forgoes any hint of supernatural horror and instead relies on solid plotting and character development to turn out a quite successful crime thriller.

The title character is a hit man, a former army sniper, who kills only “bad men.”

As the book opens, he’s accepted a job to kill Joel Allen, who may or may not have incriminating evidence on his gang bosses. Summers considers this job to be his last; he will take the money from this hit and retire.

From the start, Summers has an uneasy feeling about this job. Part of this uneasiness he attributes to superstition — that the last job always goes wrong.

Another part, however, he attributes to the peculiarity of the job itself. To Summers, it feels “hinky.”

Instead of being hired to simply come into town, shoot the victim and leave, he’s expected to settle into a small southern town as David Lockridge, a first-time author, and stay until Allen is extradited, at which time, Summers can complete his one-last-job.

Staying in one location for several months puts Summers at risk, physically and emotionally.

Having a presence in the town increases the chance that the police will catch him, perhaps kill him.

Almost worse, however, is the emotional upheaval Summers faces. He settles into a routine with his neighbors, gets to know their kids and invites them over for barbecues.

As the novel progresses, Summers worries about the impact his killing of Allen will have on people he’s considered friends.

The angst he faces is palpable and helps humanize a character who isn’t necessarily sympathetic.

“Billy Summers” succeeds on several levels. There is the title character himself: a hit man with a conscience, who kills only “bad men.”

On one hand, this characterization is designed to make Summers likeable and thereby appeal to the reader.

On the other hand, the characterization alludes to “Dexter,” the serial killer who killed only other serial killers, and succeeds as a pop-culture reference.

Like most of King’s work, “Billy Summers” is filled with pop-culture references.

There is the allusion to Dexter; the reference to television shows, such as “Blacklist”; or the song “Teddy Bear Picnic,” which King uses poignantly throughout the book.

King references his own novel “The Shining” in a nicely written scene toward the end of the book.

Finally, another element in “Billy Summers” that works really well is that of the book Summers writes as David Lockridge. In particular, those who write for a living will enjoy Lockridge’s struggles.

One note here: I have intentionally not shared details of the book’s plot twists. In my opinion, those twists are better experienced firsthand.

Suffice to say, King is in top form in “Billy Summers,” and I can’t recommend it enough. 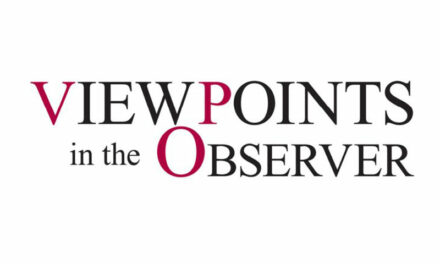