A 16-year-old Bernalillo girl will compete to be an “American Ninja Warrior” Monday evening (June 27) in the NBC-TV show.

Katie Bone, a home-schooled athlete hopes to someday compete in her favorite sport in the Olympics, climbing.

According to nationalgeographic.com, it was formally announced in 2016 that climbing would be a medal sport in the 2020 Olympics. At those Tokyo games, climbers competed in three disciplines: boulder, lead and speed, in one event.

“Going to the Olympics has really been a goal of mine for a long time … rock climbing,” Katie said. “Ninja is not (an Olympic sport).”

Katie’s been hard-core climbing half her life.

As her mother, Tammy Bone, recalled, “She walked in the gym when she was 8 years old, Stone Age (Climbing Gym in Albuquerque). We were not climbers; her older brother found out about it from a friend, and wanted to go there for birthday.”

Katie tried to climb, loved it immediately and, says her mom, “never looked back.”

What goes through her mind?

“I’m in a slow state, where I don’t remember what I did afterwards,” she said.

Her brother, 18-year-old University of New Mexico student to be Andrew Bone, is also a competitive climber. The kids’ parents were Bernalillo High School sweethearts and graduates in 1996. Matthew Bone was a Spartans soccer play; his wife-to-be was a BHS cheerleader.

“Both started competing immediately, and have been to nationals multiple times,” Tammy Bone said. “Around 12, she entered herself for a local Ninja competition. She heard about it from a friend. She did a local competition in Albuquerque and took to it. Rock-climbing and Ninja complement themselves very well.”

One thing led to another and Katie in 2020 appeared on “American Junior Ninja Warrior,” which had been taped in 2019. The pandemic curtailed later appearances.

Now, “It’s so crazy, that I am on an adult show that I have dreamed about for so long, and people I have looked up to,” Katie said.

“Fast-forward to season 14,” says Tammy. “Katie was on their radar, they invited her to apply — and that was how she found herself and her passion.”

To sum the show up, NBC-TV describes it simply as a show in which “elite athletes from around the country compete on the world’s most-difficult obstacle courses.”

Katie will be on the show, taped earlier in San Antonio, Texas — no spoiler alerts allowed, per NBC — hoping to work her way all the way to the finals. Tammy Bone said the qualifying competition venue was “so much larger – it’s huge, how large the obstacles are. It’s NBC. Most competitions are in local Ninja gyms.”

The layout of the obstacles these Ninja warriors maneuver around and over might be easier for Katie’s opponents. She’s battling Type 1 diabetes, and will have two wearable medical devices attached while competing.

“This could be huge for kids with diabetes, who don’t want their devices shown,” Tammy Bone said, “not to show off, not for any reason – she needs them to live.”

One device, she explained, is a 2-inch by 3-inch pod of sorts, to provide insulin.  The other is a continuous glucose monitor, smaller than four square inches, which “monitors her glucose, so she doesn’t have to poke her finger,” Tammy said.

Her specially designed T-shirt for the competition bearing math notations (> and <), are symbolic, her mother says, of her daughter’s “highs and lows.”

“It’s a play on words; her glucose is high and low,” Tammy Bone said.

On diabetesselfmanagement.com, Katie told her story, and how when she was only 11, “One moment I was a normal kid, and the next, something called a pancreas wasn’t working in my body. Ever since, I have been living with type 1 diabetes.”

Katie is homeschooled and takes some classes at CNM.

“One of the things most remarkable is at the age of 11, she was diagnosed with Type 1 diabetes, so that gives her a lot to manage,” Tammy Bone said. “She’s still accountable for her academics, but not in an 8 to 3 schedule. Competing at this level requires a lot of travel, so she juggles school with being on the road.” 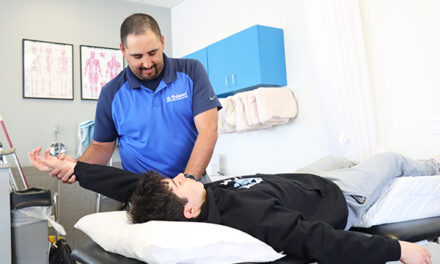 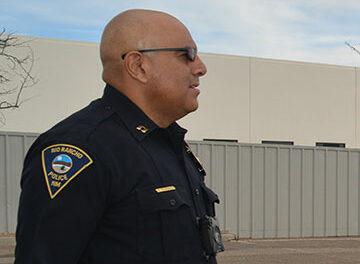