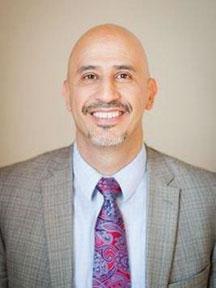 Bernalillo Public Schools has chosen Matthew Montaño as the new district superintendent.
Montaño’s first day as superintendent is scheduled for Aug. 1.
Montaño grew up in Bernalillo Public Schools, and since graduating from Bernalillo High School, he has worn a number of hats in the community as an educator, policymaker and parent.
He started his career in BPS as a substitute teacher while attending college nearby and then served in the district for more than 15 years.
That time included 11 years as a paraprofessional and classroom teacher before he was promoted to school leadership, first as assistant principal at Bernalillo Middle School and later as principal of Bernalillo High School.
Montaño’s experience growing up and starting his career in Bernalillo taught him to always put students at the forefront of his work.
From his experience in serving the Pueblo and Hispanic communities, he recognizes that a transformation of local public education systems is the single greatest opportunity to create equitable access for traditionally under-served students.
He is eager to enhance an educational system that honors the deep roots of the diverse communities that make up Bernalillo Public Schools and ensure culturally responsive and sustaining practices are a focal point of engaging students, families and broader stakeholders.
Montaño’s successful tenure in Bernalillo — increasing math achievement by 12 percent and reading achievement by 8 percent while reducing discipline rates — was a model for the state.
After a decade and a half in Bernalillo, Montano took on a role with the state Public Education Department as the director of educator quality. In that role, he received national recognition for his work in measuring teacher effectiveness and training principals to improve coaching and support for teachers.
Because of this work, he was promoted to deputy secretary for Teaching and Learning. BPS believes few leaders in the state or nation have a better understanding of the unique challenges and incredible opportunities afforded by a diverse district like Bernalillo.
Montaño is returning to Bernalillo after spending the last three years as a senior-level administrator in the Texas Education Agency, where he served as the deputy commissioner of Special Populations and Monitoring. In this role, he oversaw TEA’s work to strengthen and support special education in Texas.
He also supports districts providing equitable educational experiences to more than 1 million English learners. His work there encompassed programs at all levels of the public education system involving students, parents and teachers, as well as campus-level and district-level administrators.
Montaño graduated from the University of New Mexico with a Bachelor of Arts in History and Religion and received his Master of Arts in Special Education from the College of Santa Fe.
He is a member of Chiefs for Change’s Future Chief program, which prepares bold, innovative leaders who are helping transform the nation’s schools and preparing to lead large state or district education systems.
He is the proud father of Gabriella, Sophia, Antonio and Lucia, all of whom completed their K-12 education in Bernalillo Public Schools.