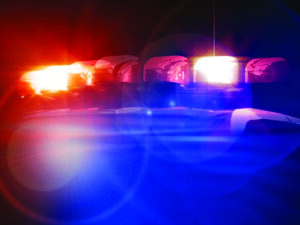 A 24-year-old man is accused of multiple crimes including attempted first-degree murder.

Miguel Chacon of Bernalillo could face over 10 years in prison if he is found guilty.

Sometime on April 27, the Bernalillo Police Department responded to a complaint of shots being fired on the 1100 block of Calle Mesquite in Bernalillo. After they arrived, they saw a man with a gunshot wound on his neck.

He told officers that earlier that day, he drove to the 100 block of Calle Del Banco to buy drugs. After getting there, he saw Chacon and another person standing outside a home, according to court documents.

The victim said while he owed $150 to the unidentified suspect, he did not expect either person to be at the house.

During the visit, Chacon allegedly waved an unknown type of firearm around, while the other person tried to enter the victim’s vehicle from the passenger side. The victim tried to drive away when Chacon allegedly opened fire at the vehicle, hitting him in the neck with one of the shots, according to the documents.

The extent of the injury is unknown.

Chacon gave no plea at his May 4 initial appearance at Bernalillo Magistrate Court before his case was transferred over to district court last week.

A judge granted a request by 13th Judicial Assistant District Attorney Chance Sousa to place a no-bond hold on Chacon, meaning he sits in jail without any ability to post a bond for his release.

“There are undoubtedly many users that are indebted to their dealers, that are at risk of ending up in the same position as (the victim). (The victim) is likely not the only individual who may owe (the) defendant or his acquaintances money.” Sousa said in a court document. “If an amount as inconsequential as $150 is worth it to the defendant to shoot at another individual, the safety of others in the community is at risk and will not be reasonably protected by any conditions of release.”

Chacon is accused of attempting to commit first-degree murder, aggravated battery — deadly weapon — shooting at or from a motor vehicle, criminal damage to property over $1,000 and negligent use of a deadly weapon.

Tuesday’s scheduled preliminary hearing was postponed. No date has been set.

If convicted, Chacon may be sentenced to at least 14 years in prison and pay over a $20,500 fine.