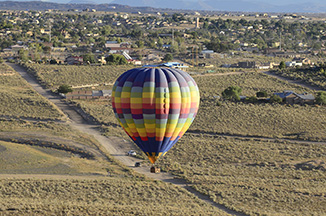 It’s getting to be a familiar routine – the eight America’s Challenge teams, along with officials, crew, and weather guys, file into the briefing room, meteorologist Randy Lefevre shows his weather slides (with lots of green indicating rain in the middle where New Mexico is), and event director Sam Parks announces another postponement in hopes of better weather.

At the Tuesday 2 PM MDT (2000 UTC) briefing, it was no different. The America’s Challenge distance race for gas balloons has been postponed again in hopes a weather window might slip open in the next 36 hours. The next briefing is at 12 noon Wednesday Oct. 5, (1800 UTC), at which time officials will determine whether there is any chance of launching the race before the Wednesday midnight deadline

An unusually persistent wet weather pattern has taken hold in the Albuquerque area, with a stationary front draped across the state and a cutoff low in southeastern Arizona that is pumping in moisture. For a while yesterday, it looked like there might be an opportunity to launch the race overnight Monday-Tuesday. However, that window slammed shut – Balloon Fiesta Park got a half-inch of rain in the very early hours on Tuesday.

The morning hot air events at the Albuquerque International Balloon Fiesta have fared better. The balloons have flown three of the four mornings so far. However, hot air balloons inflate and fly within a relatively short time period of one to two hours, and over a much smaller geographic area.

The coolest birds in the ABQ BioPark are back

Rain may chase the sunny day away 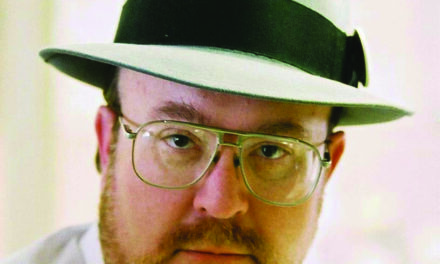