Rio Rancho Regional Chamber of Commerce President and CEO Jerry Schalow attributed a post on the Observer’s Facebook page for getting the ball rolling on this year’s Oktoberfest.
And that ball rolling starts this coming Saturday.
When the late Harald Mueller owned the Rio Rancho Inn, he started Oktoberfest in 1986, paying homage to his native Germany. It quickly became a popular annual event.
And that’s what people seemed to want, per those Facebook posts, Schalow said: a unique, annual, fun family event to call their own.
Rio Rancho’s Oktoberfest had an unusual past: Here for a while, gone for a year here and there, and returning after a year’s absence in 2016. According to a story in the Albuquerque Journal in 2004, Judi Snow, then the city’s director of conventions and tourism, said the 15-year-old tradition was canceled due to the death of its founder, Mueller, in a mountain-climbing accident in Bolivia in 2003, and the lack of an organizer.
Oktoberfest was modeled on Munich’s annual festival, known for vast quantities of beer, bratwurst and polka bands. Rio Rancho’s festival featured lots of German and domestic micro-brewed beer as well as vats of traditional German food, plus dancing, music and the crowning of Miss Oktoberfest.
It had an annual turnout of between 8,000 and 12,000 people, depending on the year.
Oktoberfest had been one of Rio Rancho’s premiere events, drawing people from as far away as Australia, Snow said. It now returns — and, Schalow says, observes all COVID-19 safety mandates.
“I brought it back when I came here (in September 2016),” Schalow says of the irregularly staged event.
“We had polled people on what they love about Rio Rancho, what they missed, what we could bring back,” he said. “The majority of people said we need to bring Oktoberfest back — something they looked forward to every year — and keep it near Southern, sort of a ‘shop and stroll.’”
This year’s version of Oktoberfest will last 40 days, he said, as a combination of last year’s Small Business Saturday and SOS — Shop on Southern, last year’s motto during reconstruction of Southern Boulevard from NM 528 to just west of Golf Course Road.
It ends Oct. 31, when the patio-dining permits end, he said.
There will be commemorative T-shirts — “Get ’em while they last,” he said — and four special-edition glasses, not to mention masks with the Oktoberfest logo on them. The T-shirts will be available at each participating location, and online at rrrcc.org beginning Friday.
“It’s an early Christmas shopping opportunity,” he added. “As well as enjoying the restaurants; home improvements (stores); Harris Jewelers has a special selection; Joe’s Pasta House has a special on its spaghetti bucket; Turtle Mountain and Brew Lab have their own brews, as will O’Hare’s, just to name a few.”
Everything will take place on or adjacent to Southern Boulevard. Schalow said there will even be a census contest of sorts: “You can win a gift card if you complete your census form at Oktoberfest — while supplies last.”
All participants will have to be seated — no standing-room only crowds — and masked.
“We are following all COVID-19 safe guide lines and practices,” Schalow said.
The main sponsors of the event are Sparklight, Deluxe Design and Turbo Threads.
“We want people to be re-introduced to the local stores,” Schalow said. “Shop locally.”

Roadway rehab project on I-40 by Tijeras begins 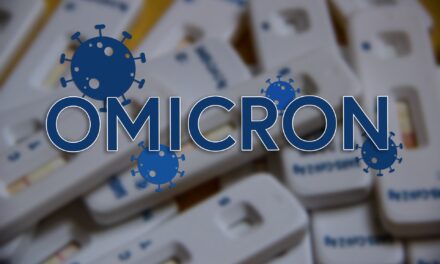 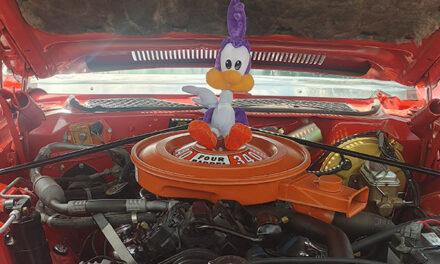