Home » Sports » Back to the future: Bruce Carver returns as athletic director

It’s not quite the line used by the Eagles, “We never broke up, we were just on vacation for 14 years,” but Bruce Carver has ended his three-year vacation — er, short retirement — and is back as the executive director of athletics for Rio Rancho Public Schools.
He’s replacing the guy who replaced him, Larry Chavez, who’s now retiring for the second time from RRPS.
Carver didn’t need a breaking-in period, but he sat down with Chavez several times to get caught up on what’s been going on that he may have missed and what’s still to be done.
He’s also been attending plenty of both high schools’ sports events the past few weeks, once again enjoying the competition.
Chavez got his start in RRPS as a coach at Rio Rancho High School; he was named Cleveland High’s athletic director when the original A.D. there, Randy Adrian, departed. Chavez had sat out a year (2009-10) in his original retirement.
Carver joined RRPS in February 2008, when he replaced RRHS’s athletic director Tom Horton, who’d followed RRHS A.D. Andy Sweet, who succeeded the school’s original A.D., Gary Hveem, in 2005. Then Carver retired in June 2018, paving the way for Chavez, inducted into the RRHS Sports Hall of Fame in 2019, to assume the reins.
Carver, a member of the New Mexico Activities Association’s Hall of Fame, said this move into the A.D.’s seat will be different than the first time around because, “This time, I have those relationships already,” he said. “I guess you’d say I have a real passion for this district, a deep respect and all that, so there’s that emotional part of it.
“It took me a couple years to get acclimated,” he said. “I was in (Hobbs) for a long time, 13 years, and it was harder to leave than I thought it would be … so it took a while.
“This time, it’s like a homecoming,” he said. “It’s totally different.”
Retirement? “You enjoy the freedom — that’s probably the best part of it. You do what you want, when you want. I did have a part-time job the whole time I was out, because I needed something.”
He had a way to “stay in the game,” as ProView Networks used Carver as a color guy on prep football and basketball games.
“It was right up my alley,” said Carver, a one-time standout basketball player at Eunice High School, followed by some memorable days playing hoops at Lubbock Christian University. “I had fun with it.”
Now, he says, his goals for RRPS are to “keep our programs running at a high level, but we’ve got to get back to some kind of ‘normal.’ … I would hope that that would change soon.”
Carver previously had served on the NMAA’s commission, as its chairman, but decided he’s better off without that time allocation.
“I really want to concentrate this time around on the Rio Rancho public schools, our two high schools and our four middle schools,” he said.
“I think there are some facility things that are always ongoing … (CHS) has hit a point where they’re no longer ‘new.’ We have some needs in the district — the track at Cleveland, we’ve got to get fixed.”
Also, needs include more locker rooms and a new football scoreboard at CHS, and more wrestling lockers at RRHS.
“I’m walking in at a tough time, with COVID and a 12 percent cut in the budget,” he said, which will affect supplies and transportation.
“Most of (the coaches) have planned on it for a while,” he added. “Once (the budget) is approved, I think we’ll have a little bit better news for them than what they’re anticipating.
“Some of our coaches will be driving Suburbans for some of the smaller trips: golf, tennis. Overall, we’ve got to keep our schedules — there are only so many people we can play. Everybody is not beating our door down to play Rio Rancho and Cleveland. … Albuquerque (Public Schools) give us so many games, and they’re good to us, but they take care of each other first, and we’re second.
“So we’ve got to go to Las Cruces, we’ve got to go to Hobbs, maybe go to Carlsbad every once in a while, and El Paso. We don’t want to be playing Bernalillo and Shiprock; we need to play people our size that are competitive to get better. Hopefully, we’re going to be OK with the meat and potatoes of our schedule.”
“I want to keep the programs running at a high level, like they are now, but certainly there are areas we need to improve, (programs) we want to get better,” he said. “The way I look at it, the best is yet to come. I’m talking about keeping things in perspective, as always. It’s a game and, more than anything, we want our kids to learn some life skills.” 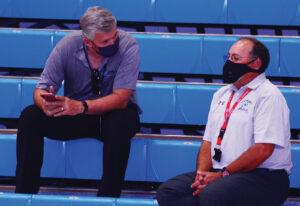 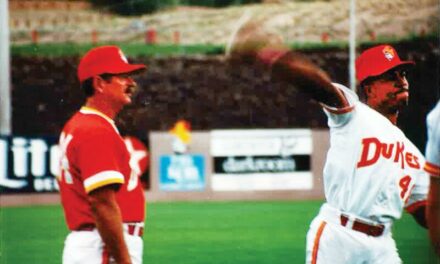 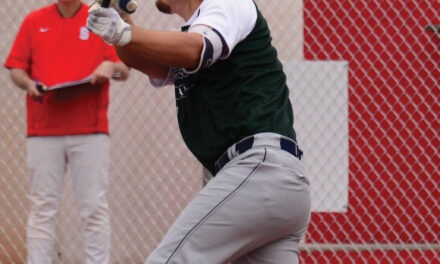 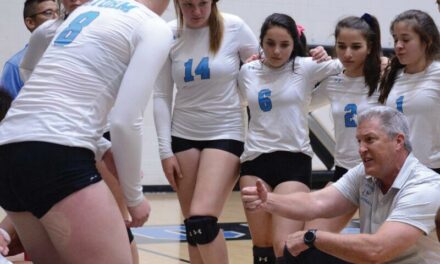