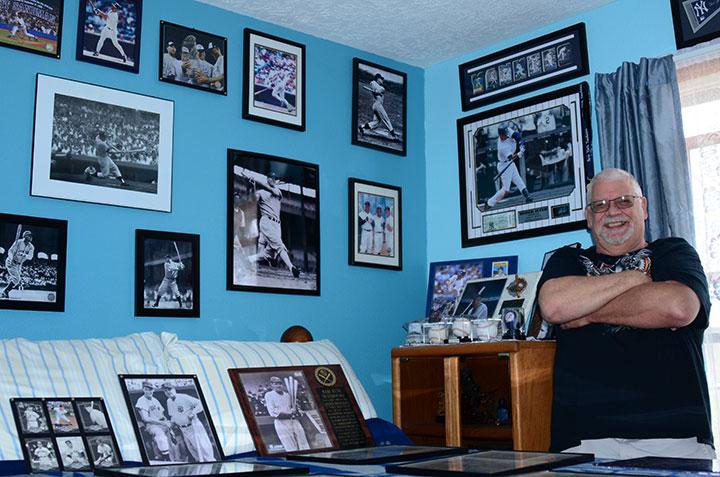 David Verone poses with the bulk of his photo collection, with some spread out on the bed and unseen. To his right are a few of the autographed baseballs he’s collected, mostly former Yankees standouts. Gary Herron photo.

What is it about this guy named Mickey Mantle?
The Observer has managed to find three local devout Mantle fans, and has heard of yet another in Northern Meadows. And these guys are more than avid fans, they still collect Mantle memorabilia when they find it, and that includes baseball cards.
This one is still kicking himself over a Mantle collectible he didn’t buy when he had the chance — even though it would have cost him $1,500. (No worries; wife Sharon was OK with the purchase.)
“It was the fish that got away,” he laments, 8-10 years after it slipped his grip. “It” was a gorgeous — except for what he considered a “gaudy frame” — a Mantle-signed 18×20 photo of Mantle making a running catch to preserve Don Larsen’s no-hitter in the 1956 World Series, the season Mantle won the Triple Crown.
One item that didn’t escape is a 1953 Topps card of Mantle, which, while not in pristine condition, is certainly a fine piece of cardboard to own.
Mantle, who passed away due to inoperable liver cancer in August 1995 after a hard life, seems to still impress collectors a fifth of the way through the 21st century. But why does Verone find him captivating?
It starts with his youth, growing up in New York — like so many Rio Ranchoans did.
“My dad was a die-hard Mets fan,” he recalled. “He didn’t like the Yankees, but I don’t know what team he rooted for before the Mets (who came into existence in 1962). I was 6 and he had a Yankee game on; he said, ‘Come here, sit down.’”
And that’s when Verone’s dad began to explain what a great player No. 7 of the Yankees was — “He taught me about Mickey Mantle.”
It was 1962 or ‘63, Verone said, a few seasons before the hobbled superstar’s Hall-of-Fame career came to an end after the 1968 season.
But there was more to it than that: “He talked about baseball. We played catch. I got into weights and he had me swing a lead bar,” Verone remembers. “He was quite an American Legion ballplayer, a decent pitcher. He served in World War II.
“My first year in Little League, he took us to Yankee Stadium in 1967. Here I am, a kid, and, ‘Wow!’” Verone said. “I’ve been to the new Yankee Stadium — it doesn’t have the mystique.”
Flash forward: Verone served in the U.S. Navy aboard the USS Preble (1976-82, “during the awful years” of the Yankees), got a job with IBM after leaving the Navy and, after a huge — to the tune of 9,000 jobs — layoff, found a job with Intel here in River City.
After 22 years with Intel, he retired — but not for long. He puts in 40-45 hours a week at Smith’s supermarket, a short drive from his home in central Rio Rancho.
“It’s enjoyable and keeps me busy,” he said, forsaking the quiet and nothing-to-do aspects of retirement.
When his parents followed him to the Land of Enchantment in 1996, he and his dad began collecting baseball cards and attending card shows together. Although he describes himself as a “collector,” he’s quick to admit, “I’m not gonna go nuts.”
Like many collectors classified by society as aenior citizens, Verone began collecting baseball cards as a kid, flipping them, trading them and attaching some to the spokes of his bicycle.
Thus, passing the chance to drop $1,500 on that cool Mantle item might have categorized him, to some, as nuts.
“I was gonna buy it — it’s my biggest regret in collecting.”
He remembers being a big fan of Bobby Murcer, like Mantle an Okie and a darn good center fielder for the Yankees (1965-66, ‘69-74, ‘79-83), and, later, Don Mattingly.
“He was Mr. Professional, not a head case … ‘I’m here to play,’” is Verone’s scouting report of the current Miami Marlins manager. “Till he hurt his back, he was one of the best baseball players. He led by example.”
Verone still heads to the occasional card shows at Cornoado Center in Albuquerque and strolls Chris’s Cards in the Cottonwood Mall, where his wife of 37 years, Sharon, is employed despite knowing virtually nothing — his words, not mine — about sports.
“I’m a casual collector,” Verone said, with this advice: “Know what kind of collector you want to be. If you’re serious, specialize on something and, if you want it, get it. I’m still kicking myself.”
This “casual” collector has a modest yet enviable collection of framed ophotos, many of Mantle, plus quite a few signed baseballs, all housed in the couple’s spare bedroom.
Verone’s favorite collectible? A 1961 program from a game in which Mantle and Roger Maris socked home runs. (Baseball fans know that was the year Maris eclipsed Babe Ruth’s 60-homer season of 1927.)
His biggest accomplishment? “(Sharon) was a Mets fan; I turned her into a Yankee fan.”
According to the July 1 issue of Sports Collectors Digest, the bible of sorts for collectors, well-known but unproven youngster Wander Franco of Tampa Bay is where a lot of collectors are putting their bucks — to the tune of $5,100 in one auction for his 2019 signed Bowman chrome refractor cards, and nearly $5,000 in another auction for his 2019 Bowman “green shimmer” autographed card.
But who knows? Maybe someday Franco will catch Mantle’s 536 career homers and these will have been great investments. And in the future there may be a collector “passing” on a great deal like that and, like Verone, kicking himself.
Time will tell.
(If you have a “man cave” or sports hobby collection or display you’d like to show off in these pages, send an email to [email protected]) 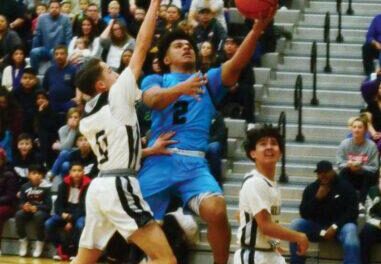 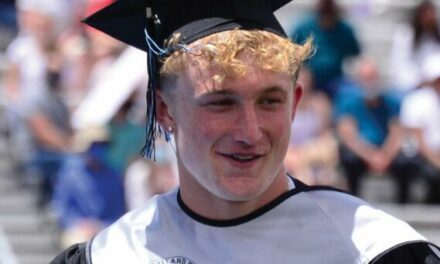