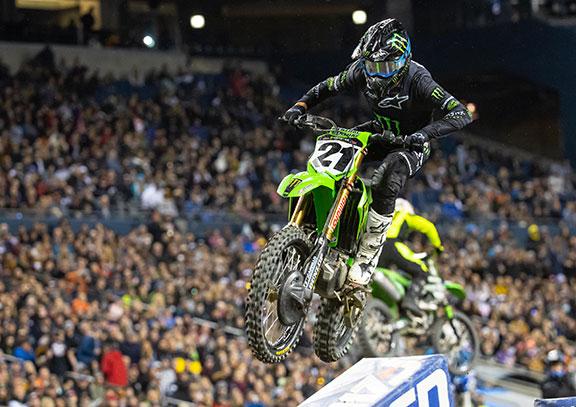 SEATTLE – Monster Energy Kawasaki’s Jason Anderson of Rio Rancho pulled in another podium finish with a strong second place run this past weekend during the Monster Energy AMA Supercross competition in Seattle.

Monster Energy Star Racing Yamaha’s Eli Tomac racked up the win inside Lumen Field during Round 12 for his fifth straight Monster Energy AMA Supercross victory this season. Red Bull KTM’s Marvin Musquin repeated his previous week’s finish with a spot on the podium in third place.

Anderson’s finish leaves him in second place and just five points ahead of third.

Tomac wasn’t the fastest qualifier and didn’t win his heat race, but he had the class covered when the gate dropped for the 12th 450SX Class Main Event of 2022. Tomac shot into the lead ahead of Troy Lee Designs Red Bull GASGAS Factory Racing’s Justin Barcia, Musquin and Anderson.

Anderson moved into third spot before one lap was completed in the 20-minute plus one lap Main Event. From there, Tomac showed the others the fast way around a track that was slick and rutting up deeper as the race progressed.

Four minutes into the racing, defending champion Red Bull KTM’s Cooper Webb moved into 10th place while recovering from a poor start. Ahead of him, the top group was slowly spreading apart.

Then, just before the race’s midpoint, Barcia jumped off-line, landed on a Tuffblox, and went down hard in a rhythm lane. Barcia remounted in fifth behind Tomac, Anderson, Musquin, and the day’s fastest qualifier Rockstar Energy Husqvarna Factory Racing’s Malcolm Stewart.

In the end, Anderson grabbed his first podium since Round 8.

The series now takes a one-weekend break. The racers will next line up at The Dome at America’s Center in St. Louis, Mo., on April 9.

The event will be the final of three 2022 Triple Crown events where the top racers face each other over three races in one night.

For the full schedule; airtimes on Peacock, NBC and CNBC; results; and more, visit SupercrossLIVE.com. 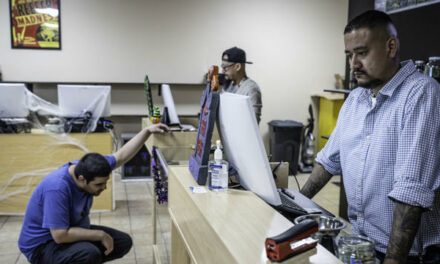 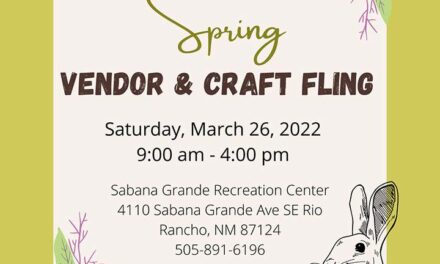