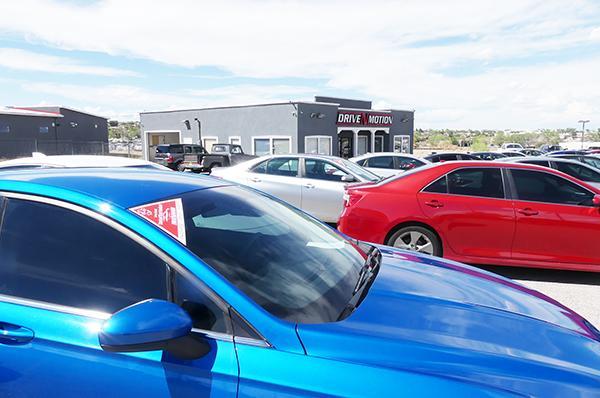 Just a couple weeks after launching operations into Rio Rancho, Colorado-based auto dealership Drive N-Motion already sees growing interest from prospective buyers, so much so that it’s aiming to triple its current inventory by autumn.

“We’ve been able to sell an average of almost two vehicles per day… It’s been amazing,” said Brian Neeley, president of Drive N-Motion.

Drive N-Motion’s Rio Rancho location, which officially opened its doors around June 9, grew from 20 cars in its lot the first week to have around 70 vehicles in its inventory now. Neeley said he plan’s to have 150 to 200 vehicles on the ground at the dealership, at 4537 Arrowhead Ridge Drive, within the next two to three months.

Drive N-Motion, a used-vehicle dealership, already has Colorado locations in Thornton, Englewood, Greeley and Colorado Springs. Rio Rancho is the first New Mexico dealership and the only one in the state.

“We’re more heavily focused on what’s affordable,” Neeley said. “We analyze based on the data that we have.”

Drive N Motion’s also focusing on maintaining a decent variety for its inventory, from trucks to fuel economy cars.

“It’s nice that we have the variety and flexibly for them,” Neeley said.

Still, Neeley said Drive N-Motion has some limits on the type of vehicles the company can sell because some automobiles are expensive for customers to maintain, and the economy still affects availability of certain vehicle parts. Some specialty sports cars and Euro models fall within that category.

Drive N-Motion’s still on track to add an Albuquerque location some time by the end of 2023, though the exact section of town is to be determined.

CURRENTLY CORRALES: A final message from the mayor