In order to avoid developing “positional” low blood pressure when standing up or sitting down, he said to pause for a moment upon standing or sitting. He said not doing so can lead to the blood “not getting to the brain the way it needs to.” 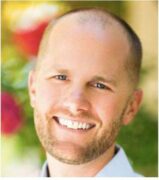 Charlton said he’s not a fan of wearing things like slippers in the bathroom because they don’t always have rubber on the bottoms for good grip and may not have side-to-side stability.

He said using walkers and canes in bathrooms could lead to falls, such as by getting caught on rugs. He said he had a family member who recently tripped on the edge of a rug.

He also said hard bathroom surfaces may have increased condensation that’d make them more slippery, adding that he encourages using a rug and grab bars for slippery surfaces.

He said electrical cords should be kept away from walking paths, especially at night. He advised duct taping cords to a surface if there’s not another place to move them to.

Charlton said pets can be trip hazards because of “excitedness” or even sniffing can lead to a fall because the pets change positions quickly. He also said he’s heard of instances where animals might be afraid of walkers and canes, which can inadvertently lead to them bumping into that person.

Charlton said to be careful of bricks or ice sitting on the ground when taking garbage outside, especially when there’s precipitation.

“We have a decent amount of weather out here… It just creates some additional hazards with falls,” he said.

He said sidewalks could be uneven and increase the risk of falling, adding ice could also increase the chance of a fall. He advised bringing along an outside lamp or flashlight to safely walk to the garbage can.

He also said it would be helpful to put garbage cans in a spot where sunlight could reach them and limit ice formation.

He also said he advises seated push-ups for those who may feel physically weak.

“It is working the muscles in the shoulders and upper body. We’re going to be using these muscles every single day,” he said.

The exercises would start with specific muscles, then transition to muscles commonly used to function every day, he said.

Charlton said the basic risk factors that can lead to a fall include balance concerns, medication side effects and chronic issues such as vertigo or seizures.

RR to use grant for traffic signal upgrade at Sara and Barbara, ADA improvements 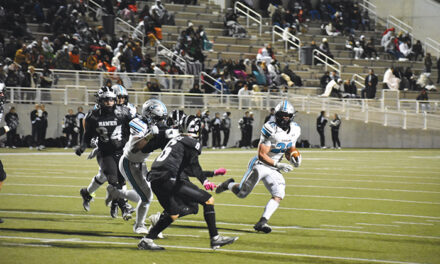